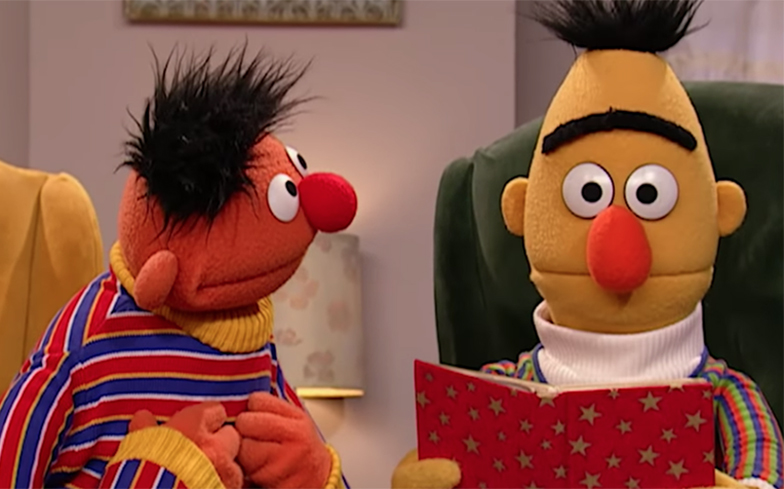 His initial comments created a storm of controversy.

Earlier this week, Mark Saltzman told Queerty that Bert and Ernie were inspired by his own relationship. In the interview he said: “So I don’t think I’d know how else to write them, but as a loving couple.”

Fans were overjoyed to see representation in Bert and Ernie, but Saltzman’s comments created a backlash. Not long after the interview was published, Sesame Street released a statement refuting his comments.

“As we have always said, Bert and Ernie are best friends,” read the statement. “They were created to teach preschoolers that people can be good friends with those who are very different from themselves.

“Even though they are identified as male characters and possess many human traits and characteristics (as most Sesame Street Muppets do), they remain puppets and do not have a sexual orientation.”

Sesame Street was criticised for this statement, with many pointing out that other Muppet characters, like Kermit the Frog and Miss Piggy do have a sexual orientation.

Following the criticism, they rewrote the statement to say that they stood for “inclusion and acceptance”, but they still said that Bert and Ernie were designed to be just best friends.

And now, speaking to the New York Times, Saltzman has said that his initial comments were misrepresented. “As a writer, you just bring what you know into your work,” Saltzman told them.

“Somehow, in the uproar, that turned into Bert and Ernie being gay. There is a difference.” Saltzman then added that the pair “are two guys who love each other.”

Addressing homosexuality in Sesame Street, Saltzman said that there should be a gay couple, but that it should be a human couple as opposed to a puppet one.