Will Courtney Act ever return to RuPaul’s Drag Race? Here’s what she had to say… 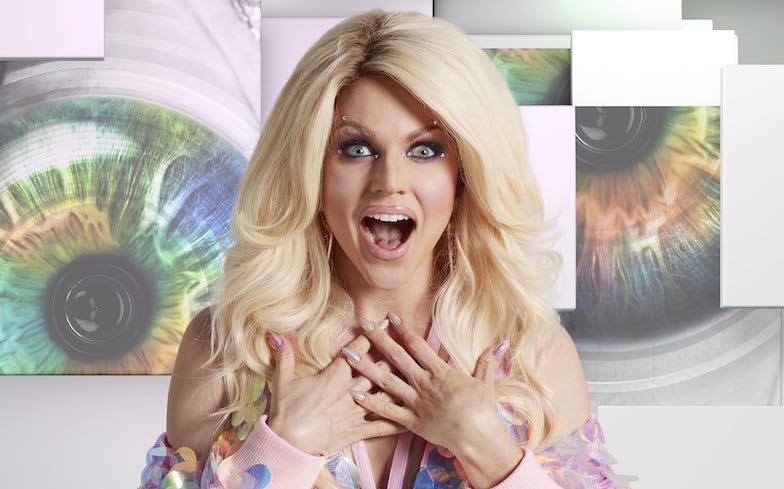 She competed on the first ever season of Australian Idol, reached the top three on RuPaul’s Drag Race, and now she’s made HERstory by winning Celebrity Big Brother, so naturally, there have been talks of Courtney ru-turning for All Stars.

During an appearance on British morning show The Wright Stuff, Courtney – real name Shane Janek – was asked if she’d ever return to Drag Race, to which she replied: “I love watching Drag Race so much – I’m a huge fan of the show – but I don’t think I would go back into the frying pan.”

She added: “I feel like I made it in and made it out alive, but I wouldn’t wanna tempt fate. I loved it. I really loved it, but I love watching it more. When I was watching All Stars 2, I was like ‘this is so brilliant, thank god I’m not in there’.”

However, when asked if she would rather return to Celebrity Big Brother or Drag Race, Courtney chose Drag Race, so, never say never.

Last Friday, Courtney won Celebrity Big Brother with nearly half of the public vote to score a victory over her nearest competitor, Ann Widdecombe, who she often clashed with due to her staunch, anti-gay views.

During her time in the house, the Drag Race finalist was praised by fans and critics for her discussions on gender and sexuality.

“My inspiration coming into the house was that teenage boy who didn’t quite know where he belonged or how he fitted in and feeling inspired by the Spice Girls and not knowing what that meant but knowing if it was ok for them to be different then it was ok for me to be different,” she said in her crowning interview.

“I guess it’s validation that it’s ok to be different.”

One of the main highlights of Courtney’s time in the house was her blossoming friendship with Apprentice hunk Andrew Brady. During their time together, Courtney waxed Andrew’s bum, and the pair showed off their ass-ets – multiple times, might we add. In an exclusive interview with Gay Times, Andrew commended Courtney: “Shane J is the more prominent voice of the LGBT community because he’s so well educated and strong in his stance.

He also reflected on his and Courtney’s friendship, saying: “I think if it had been in any other series, it wouldn’t been the talk of the show necessarily.

“Because it was such an eclectic array for people in there from all beliefs, backgrounds and countries – and not to mention the fact that everyone was fucking boring in there and we were the only ones making fun for ourselves – it was not well received by the more conservative housemates because we didn’t care.

“We didn’t care that the cameras were there. We didn’t care that people were being negative towards us. After hours, we were hysterical. We were always laughing. Play fighting, waxing, bathing and shaving. Sometimes we let that slip through to the day. Some of them were just hypocrites.”

The current season of RuPaul’s Drag Race All Stars airs Thursdays on VH1 in the United States, and Saturdays on Comedy Central in the UK.