We ranked every song on Ariana Grande’s new album thank u, next 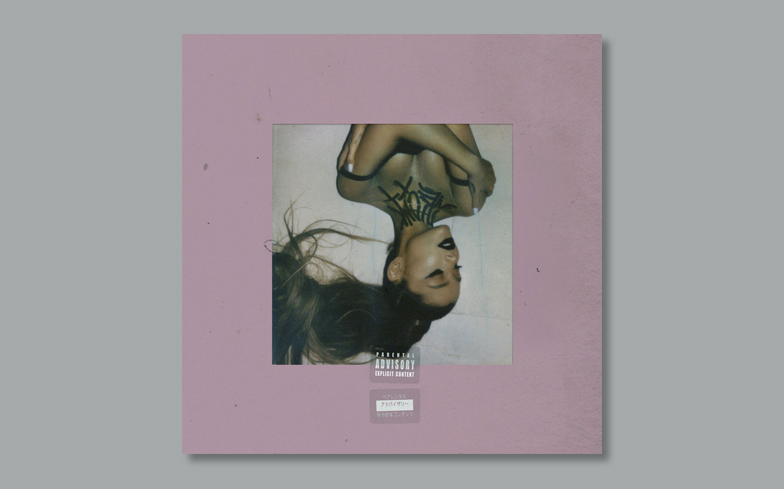 Ariana Grande is back with another sensational album.

It’s only been six months since the release of her last album Sweetener, but Ariana has proven herself as one of pop music’s most unstoppable forces with the release of another incredible new record.

While some fans found Sweetener a little too mellow for their tastes, thank u, next finds a perfect blend between pop bangers (bloodline, fake smile), cute love songs (needy, imagine) and controversial moments (7 rings, break up with your girlfriend).

Of course everyone has their own opinions – and we’re certainly not suggesting ours is definitive – but we’ve gone ahead and ranked every song on the album following many, many listens since its release.

in my head is our least favourite (for now). We just can’t see this one as a single in comparison to some other tracks on the album. It’s cute, it is, but it should just stay an album track. Okay we’ll say it, it’s forgettable.

Like in my head, make up is better off as an album track. We’re not saying these songs are bad, it’s just that the album is so strong with the likes of bops such as 7 rings, thank u, next, break up with your girlfriend, i’m bored and fake smile, and it gets a little lost in the shuffle.

Ever caught feelings so hard that you find yourself checking your phone every five seconds for a text message or Instagram update? If you haven’t yet, you’ll want to after hearing the dreamy strings and gorgeous vocals on needy, a cute mid-tempo that echoes the sounds of My Everything.

While smash hit single thank u, next saw Ariana celebrate self-empowerment and loving herself, on imagine she pines for a perfect yet unattainable relationship. “Staying up all night, order me pad thai, then we gon’ sleep ’til noon, me with no makeup, you in the bathtub,” she sings on the trap-infused R&B mid-tempo, before asking, “Why can’t you imagine a world like that?” As well as offering a more tender sound from the typically-confident singer, the track features some of the most gorgeous vocals you’ll hear all year – and don’t get us started on those whistle notes in the song’s final moments.

NASA is a love song with a difference, highlighting the importance of partners having time apart and the increased sexual tension and affection that space can bring (hence the symbolic title). “Even though there isn’t nothing wrong tonight,” she sings, “I can’t really miss you if I’m with you.” Fun fact: The spoken word intro is actually Drag Race superstar Shangela.

If you were hoping for a Side To Side-style banger on thank u, next, you’ve got it in bloodline. The hookup bop celebrates no-strings-attached fun and features reggae-pop beats that’ll give fans of Dangerous Woman-era Ariana the fix they need. We can’t help but feel like it would benefit from a fiery Nicki Minaj or Cardi B verse, though.

The album’s six track, bad idea, was produced by the incomparable Max Martin, who previously collaborated with Ariana on singles such as Into You, No Tears Left to Cry and Breathin’. It may not reach those heights, but it’s still a massive, fast-paced break-up pop anthem.

The most tender moment on the album comes with the eighth track, ghostin, which seemingly alludes to the passing of her ex-boyfriend, Mac Miller, and how it affected her relationship with Pete Davidson. “I know that it breaks your heart when I cry again,” she sings on the track. “I’m a girl with a whole lot of baggage.”

When we heard hitmaker Justin Tranter would be contributing to a new Ariana song, we knew it would be a standout, and thankfully we were right. As well as being a major bop, it’s also one of the most personal tracks on the album. “I’m happy for the love and all of the above, If I’m being honest, I done been through way too much,” she sings of the pressures of fame. The best moment comes with the bridge, where she channels her inner Beyoncé for a no-fucks attitude approach to the negative media attention she receives.

thank u, next became a viral smash after its release last November, thanks to lyrics such as: “One taught me love, one taught me patient and one taught me pain.” The empowering self-love R&B jam is Ariana’s biggest hit to date, becoming her first number in the States. The video, which paid tribute to iconic romantic comedies such as 13 Going on 30, Legally Blonde and Bring It On, also broke the record for most watched music video on YouTube in 24 hours.

The second single from the album recently made history when it entered at number one on the Billboard Hot 100, making Ariana the third female artist in history (after Mariah and Britney) to have multiple songs debut atop the summit. 7 Rings is a trap-influenced celebration of friendship over love in which Ariana brags: “Bought matching diamonds for six of my bitches, I’d rather spoil all my friends with my riches, think retail therapy my new addiction.” It’s a banger.

1. break up with your girlfriend, i’m bored

Ariana definitely saved the best for last, as the final track (and third single) from thank u, next is one of the most effortlessly cool, ear-wormy tracks of her career so far. She deserves props for the bold lyrics alone. The music video, which dropped on the same day as the album, elevates the track as it features Riverdale stunner Charles Melton and sees Ariana explore her sexuality with an almost-kiss between her and a mystery look-a-like woman. What more could you ask for?

You can stream Ariana Grande’s new album thank u, next over on Spotify and Apple Music now.