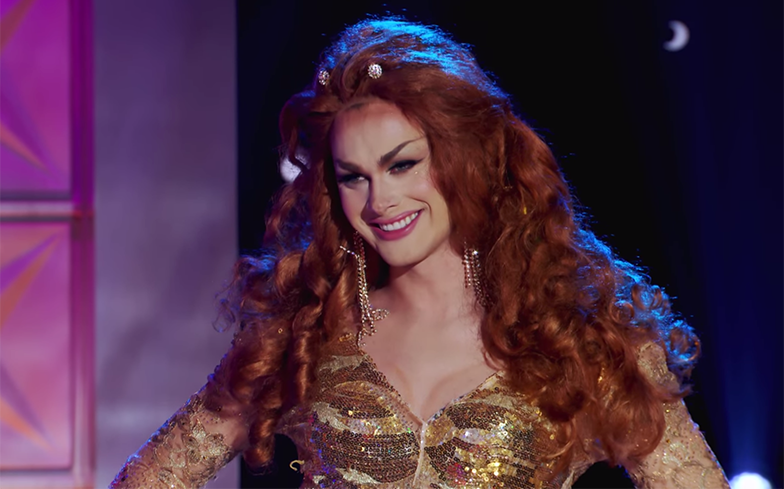 Scarlet Envy has shared what she would’ve worn for the final runway of Drag Race season 11.

The Southern performer – who controversially placed tenth on the season earlier this year – uploaded a photo to Instagram of her sickening “gunmetal glam” and it’s left us all gagging.

Check out the lewk – which features a side of hairy armpit – below.

Since Scarlet’s elimination, Drag Race fans have campaigned for the star to appear on the next instalment of All Stars – and honey, she is down for it.

“Of course! Absolutely,” she told us. “I will bring more makeup this time.”

When we asked if she’d do anything differently, she explained: “No. I definitely got in my head as I think we all do at times, but it is very hard to balance having a good time with taking the competition very seriously.

“I think I used confidence as a defence mechanism at times and maybe I could have shown more vulnerability, but we are all a work in progress, so I look forward to attacking more personal challenges in front of a global audience.

“It is a unique position to be in, working on yourself that way in front of the world, but I would not have changed any of my lessons.”

This week’s episode of Drag Race sees all 15 queens from season 11 reunite to spill some T and throw some shade. If the last two seasons are anything to by, it’s gonna be a bitchfest.

Related: Watch Drag Race queens such as Shangela, Alyssa and Valentina in Werq the World trailer.