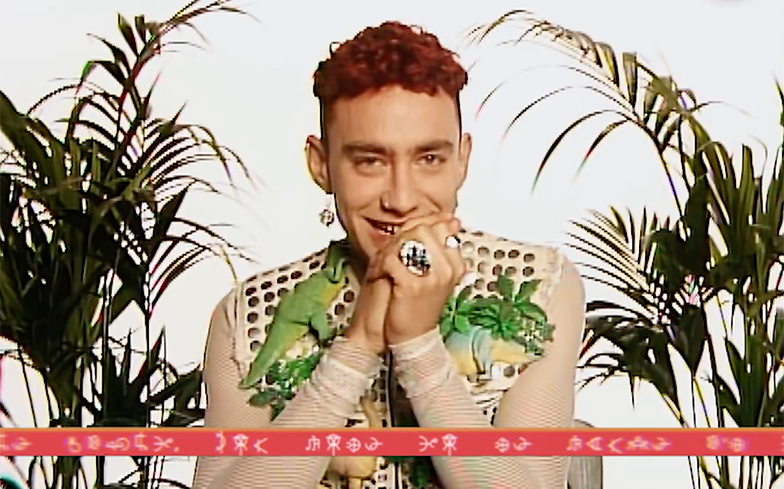 Years and Years have unveiled another ah-mah-zeng video ahead of their album release tomorrow.

All For You – the third single from the group’s forthcoming sophomore album, Palo Santo – is another epic, club-ready anthem with a massive, electrifying chorus.

It’s the fourth song we’ve been treated to from the new collection, following recent singles Sanctify, the title track and If You’re Over Me, which recently became the band’s fourth top ten hit in the UK.

In the video, frontman Olly Alexander operates a special helpline for people who are experiencing sensations of “blankness, apathy or a strange tingling of the knees”.

It’s completely different from their dystopian videos for Sanctify and If You’re Over Me, but it’s fun and shows off Alexander’s undeniable charm.

The highly anticipated follow-up to Communion will have 14 tracks in total.

Palo Santo will also be accompanied by a short film, narrated by the one and only, Dame Judi Dench.

She will also star alongside Olly and Vithaya Pansringarm in the Fred Rowson directed clip.