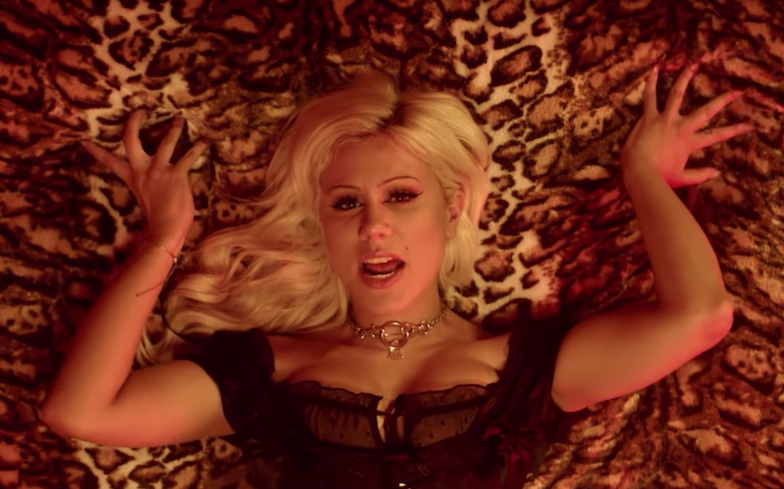 Slayyyter has released the video for her massive banger of a single, Daddy AF.

Directed by Logan Fields, the risqué clip for the trap bop sees pop’s newest princess at a wild house party, in which she canoodles with a shirtless man, embarks on a game of poker and hangs out by the pool.

“Everyone has a right to sing about the subject matter that they like,” she added. “To me, I’m very inspired by sex, so I don’t think twice about it. My next song describes that whole mood too, I Feel Daddy AF.

“I feel like I’m the man, I’m the shit, I feel hot right now, know what I mean? That’s always my mood, so being explicit is just who I am as a person.”

Daddy AF is now available on iTunes and streaming services. Buy it, stream it, because – sad story – Slayyyter recently revealed that she’s struggling to pay off a hospital bill after “splitting” her head open last month.

DO HER A FAVOUR, BECAUSE IT’S REALLY FUCKING GOOD.

Watch the video for Daddy AF below.

Also in our interview, we spoke to Slayyyter about the origins of her stage name and backlash towards women for releasing ‘explicit’ music.

Oh, and we launch an official investigation into whether Ava Max truly called her an “ugly rat”.