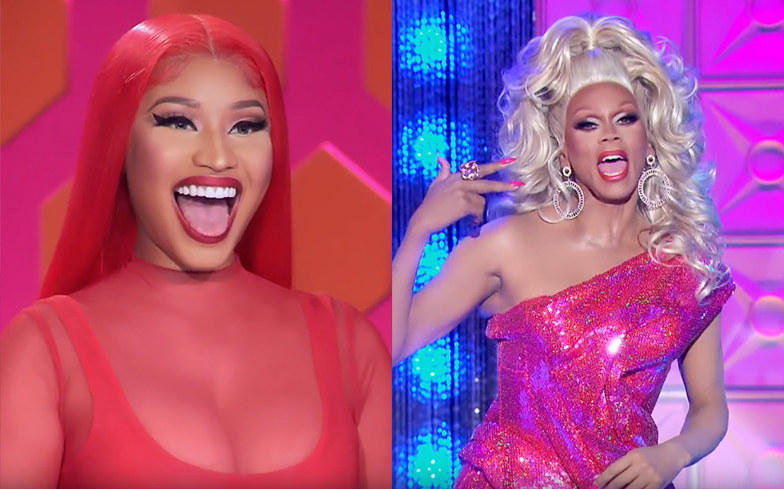 “Welcome to the main stage of Nicki Minaj’s Drag Race!”

Can we get a “YAAAAS!” up in here because the first teaser of RuPaul on the Drag Race season 12 runway has been unveiled.

The Emmy Award-winning host and Netflix star (AJ and the Queen is now available to stream worldwide) sashays down the legendary stage in a sickening pink lewk before announcing, “Welcome to the main stage of Nicki Minaj’s Drag Race.”

Ru, Michelle Visage, Carson Kressley and Nicki Minaj then exchange pleasantries – with double entendres of course – and the clip ends before Ru can ruveal the first season 12 challenge. Watch below and get your jush!

This Saturday, Ru will make her Saturday Night Live debut alongside musical guest Justin Bieber (what a combo, eh?). A hilarious new teaser has been released of Ru with comedian Kate McKinnon – watch here or below.

Related: Here’s where and when you can watch RuPaul’s Drag Race season 12 in the UK.