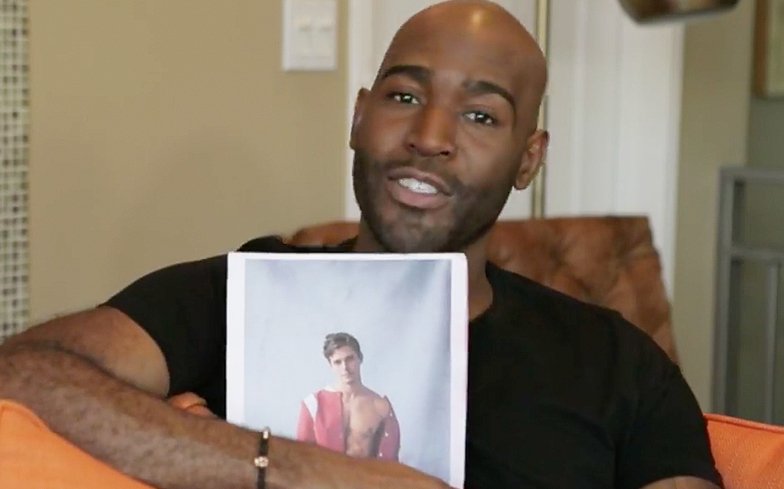 Trust us when we say we’ve received many, many, many great reactions to Queer Eye’s Antoni Porowski’s Gay Times cover shoot since unveiling it earlier this week.

All of his fellow experts on the hit Netflix show have shown their support on social media, but during a Facebook Live with Marc Malkin, Karamo Brown was faced with some inside shots from our new May issue.

“Is this Antoni when we don’t see [him], is he walking around like this all the time?” Malkin asked. “Because he seems very shy.”


“That is part of the Rob Pattinson, all those sexy guys who are like, ‘I’m wounded, and dark and mysterious.’ But you wouldn’t be in front of the camera if you were that shy. He turns it on because he understands.”

He added: “Let me tell you something: the thing about this is that Antoni is equally as beautiful on the outside as he is on the inside.”

Karamo also spoke about if any of the Queer Eye guys actually identify as queer.

“None of us identify as queer,” he said. “I don’t know about Jonathan, We never asked if Jonathan identifies as queer. I know that me, Bobby and Tan identify as gay men.

It comes after Antoni told us for the new issue of Gay Times that while he’s currently in a gay relationship and identifies as a gay man, he’s always considered himself to be more flexible.

“I’ve always considered myself a little more fluid along the spectrum,” he told Gay Times. “So even being called bisexual… I remember in my early twenties I was like, ‘But bisexual means I can only like girls and guys, what if I like something else?’.