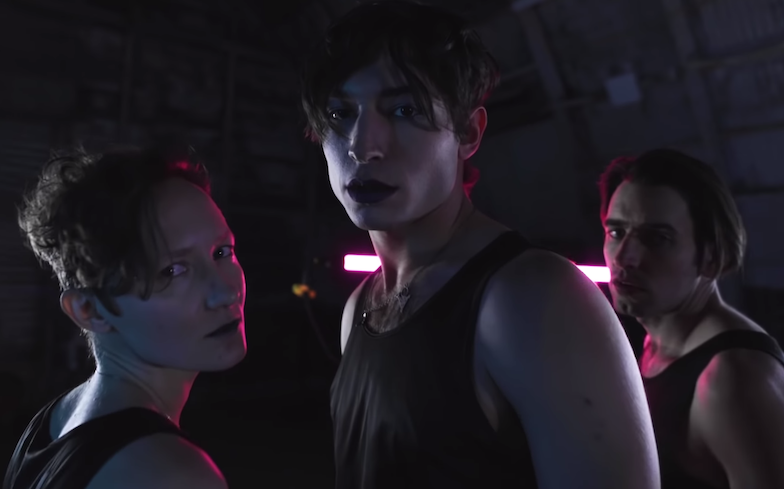 Sons of an Illustrious Father have unveiled a video to their reworked version of Pussycat Dolls’ signature anthem Don’t Cha.

The band, which consists of Ezra Miller, Lilah Larson and Josh Aubin, premiered the Rafe Scobey-Thal directed clip on Another Man’s website, and it shows all three members engaging in steamy dance routines whilst sporting matching black leotards.

Larson revealed that their version stemmed from a night out when she and Miller were dancing at a queer party during their tour in Nashville, Tennessee.

“It was clearly the best thing happening in town that night and was therefore being infiltrated by ostensibly hetero couples, who were sort of uncomfortably ogling the frolicking queers – including us – in a way that belied their envy and lust,” she explained.

“The original song came on and Ezra and I in a typical moment of psychic connection looked at each other and agreed that the track, sung from our perspective, would perfectly encapsulate this common experience.”

She added that while she’s a fan of the Pussycat Dolls track, it hasn’t aged too well, calling it a “very destructive, dated, distinctly heterosexual male perspective on women and discourses of desire”.

With their cover, the band aimed to “ridicule and invert that mentality, while also absolutely celebrating the genuine pleasure possible in being an object of desire”.

Watch Sons of Illustrious Father’s cover of Don’t Cha below.