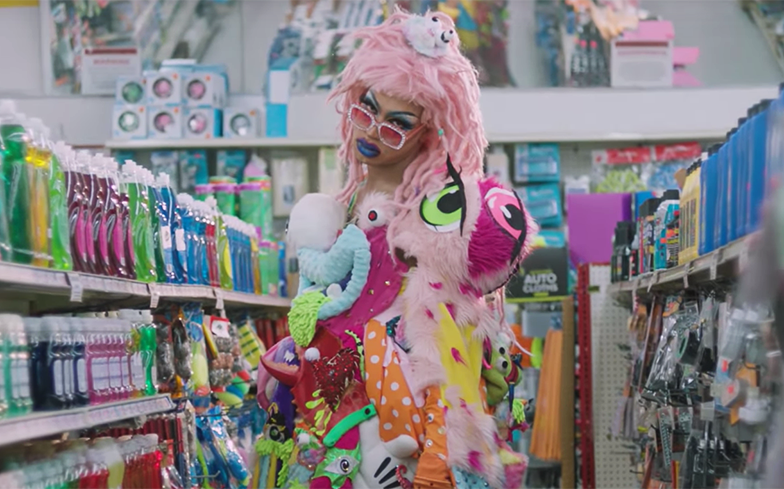 Yvie Oddly has unveiled the video for her debut single, Dolla Store.

During last week’s season 11 finale of RuPaul’s Drag Race, the sickening performer earned the title of America’s Next Drag Superstar and won a cash prize of 100,000 dollahz – and it looks like she’s making good use of that money (honey).

In the video for the Macklemore-esque trap anthem, the star trashes a dollar store with the help of her queer friends, all while donning her gag-worthy lip sync lewk against A’Keria C. Davenport and performing her signature backbend.

Speaking to PAPER, Yvie said of the track: “Dolla Store is really a parody of some of my favorite rap music.

“It’s inspired by the bravado of rappers who brag about their luxurious purchases and lavish lifestyles, but set in the context of a dollar store because it’s where some of my favorite drag has come from.

“I wrote this song after I got back from filming Drag Race and taking a trip to this new, fancy, dollar store that opened up by my house. For the first time in my life I felt like a baller so I wanted to celebrate that.”

Watch Yvie’s video for Dolla Store – which is available now on iTunes and streaming services – below.