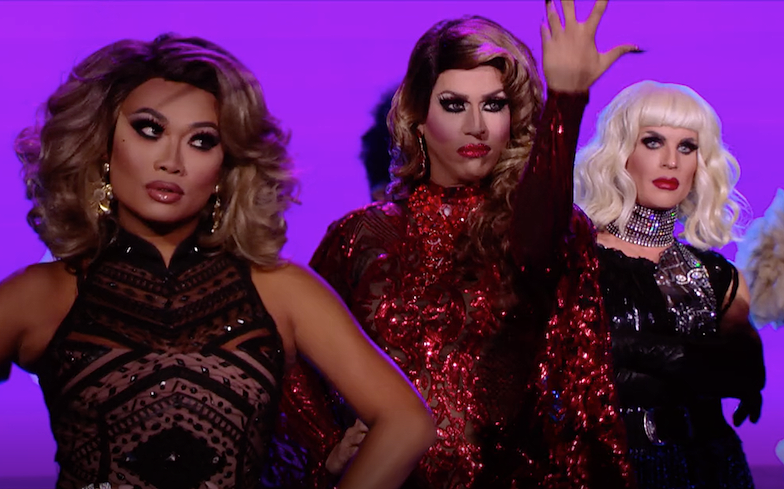 RuPaul’s Drag Race has welcomed back several legendary contestants in honour of the show’s tenth season.

In this brand new clip, Eureka O’Hara – who was disqualified last season on medical grounds – returns to the fold and readies herself for the first mini-challenge, to a room full of former *fierce* competitors.

“Notice any familiar faces? I’ve invited back some of my favourite queens from the past decade, to help me judge this challenge,” says Ru. “To win? You must slay the runway. Do whatever it takes to stand out from this legendary crowd.”

Eureka admits: “It’s time to do the first mini-challenge and I see all these former queens and immediately, my butthole has sucked up the crotch of my fucking leotard. I’m looking at all these faces of my peers, clearly they’re dreading the sight of me.

“This is a lot of pressure on the first day! Season 10 ain’t playing baby!”

Season 10 will premiere 22 March on VH1 (tonight!), and will debut on UK Netflix the day after (tomorrow!).