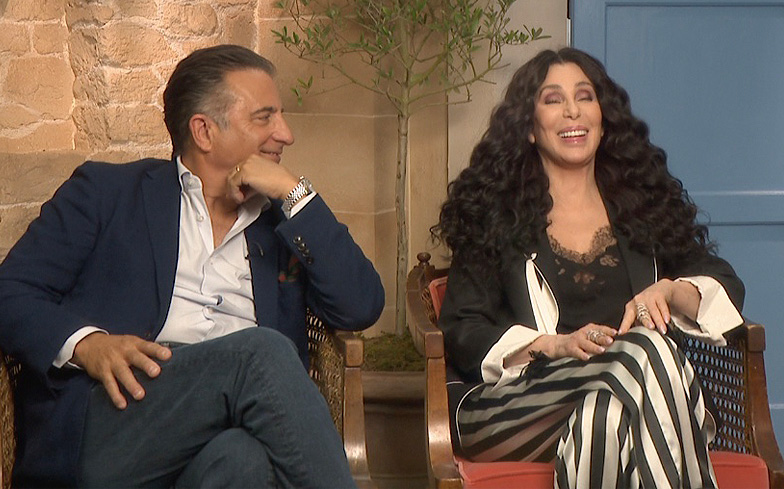 If you thought Love, Simon was going to be peak gay in cinema in 2018, you haven’t seen Cher in Mamma Mia! Here We Go Again yet.

The pop icon’s entrance into the movie musical sequel is as camp as it gets as she swoops into the Greek island in her helicopter to visit her granddaughter (played by Amanda Seyfried).

The character – named Ruby Sheridan – is as fabulous as they come, but she is confronted by an old flame in the form of Fernando, played by Andy Garcia.

Gay Times got to sit down with both Cher and Andy Garcia during their recent visit to London to promote the film, and decided to play a game inspired by the singer’s incredible use of emoji on Twitter.

Say hello to The Abbamoji Challenge!

The premise is simple: we asked them how many ABBA song titles they can guess based solely on emojis.

“These things always come back to haunt me!” Cher says, when we explain the inspiration behind the game – but how many did the music legend manage to guess correctly? Find out in the video above.

Mamma Mia! Here We Go Again sees the stars of the original return for more singing, dancing and plenty of emotion to the music of ABBA, while adding Lily James to the cast as the younger version of Donna Sheridan, who was originally portrayed by Meryl Streep.