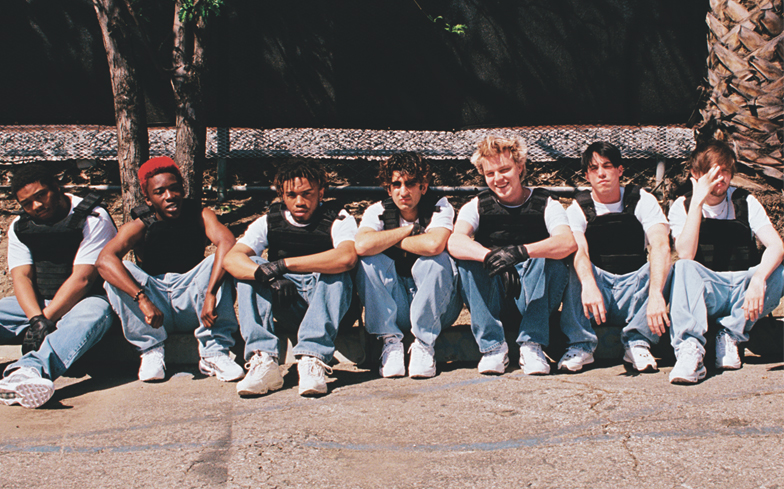 Brockhampton’s music video for New Orleans sees the band perform the high-energy track in the audience.

The alternative hip-hop-bop – which features vocals from Jaden Smith – is the first track on their fourth studio album Iridescence, which received universal acclaim from critics upon release.

The album is intended to be the first in a new trilogy called The Best Years of Our Lives.

Watch the Kevin Abstract directed video for New Orleans below.

Earlier this week, Kevin said his goal is to “normalise” homosexuality.

In an interview with ShortList magazine, the American collective discussed the importance of self-expression, sexuality and having a social impact.

“I’d see negative comments and forget being gay was a big deal to some people, that some people hadn’t heard it before,” Kevin admitted. “My goal is just to normalise it. Straight rappers talk about their sexual relationships without warning me.

Kevin regularly references his sexuality and same-sex desire during his verses on Brockhampton songs, as well as his own solo music – including his highly praised 2016 album American Boyfriend: A Suburban Love Story – becoming a beacon of queer visibility in the process.

Despite this, Kevin revealed: “I don’t want to be a queer icon. I want to be an icon. In order to make a change, I have to exist in a traditionally homophobic space such as hip-hop.

“If I were to just be this queer rapper, who only spoke to queer kids… I don’t think I could as effectively make a change for another young, black queer kid growing up in Texas. Brockhampton’s music is for all types of people.”

The band’s other lead vocalist, Merlyn Wood, says he feels different to a “majority” of artists. “I don’t think we’re outsiders in the music industry, but our experiences are outside of what most people experience.”

He added: “Our journey is different. And no one should be afraid to do something different. Everyone who is a fan seems really happy and excited. I can tell that our music has a positive effect on people. I think it brings clarity and joy.”

The full interview with Brockhampton appears in this week’s issue of ShortList, which is out today (26 September).