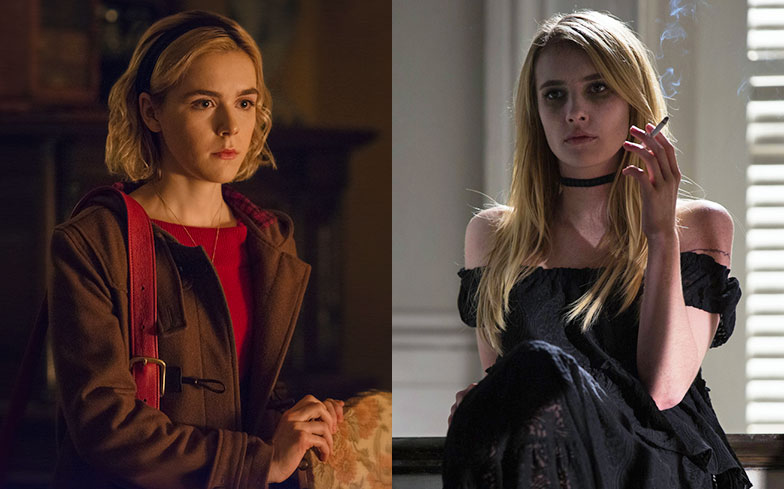 Well, we never expected this.

Chilling Adventures of Sabrina debuted on Netflix last month, just in time for Halloween, and it’s received acclaim from both critics and fans alike – we’re a little bit obsessed with it ourselves.

The reboot of the classic 90s TV series reimagines the origin story of the titular character in a much darker light, and is a far cry from Melissa Joan Hart’s iconic version, instead following the 2014 comic book series of the same name.

While many fans were focused on a potential crossover with Riverdale – both shows are based on classic Archie Comics characters and are set in the same universe – a comment by Aunt Hilda may be hinting at a link to an entirely different show.

In a scene from the new Netflix series, Hilda tells Sabrina how handsome her father was, explaining: “He could have been a movie star if he’d chosen, like Cousin Montgomery.”

Given the show’s penchant for referencing other horror movies and TV shows, we’re fairly certain this choice of name was no coincidence. Is she referring to American Horror Story favourite Madison Montgomery, who happened to be an actress?

One eagle-eyed Tumblr user picked up on Hilda’s line, placing it side-by-side with a quote from Madison, and it suddenly feels very real.

Could you see a Chilling Adventures of Sabrina and American Horror Story crossover happening? It would certainly make for interesting viewing, although the timelines would need some explaining…

In the meantime, here’s that shocking Sabrina and Riverdale crossover that you probably missed.