Veronica and Joe discuss their Drag Race UK exits on the latest episode of Snatched! 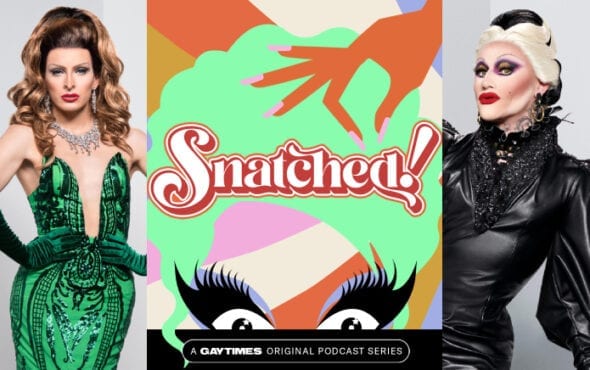 In this week’s episode, Sam and Umar discuss Veronica Green’s shock exit from the series, as well as the instantly iconic RuRuvision challenge and the dramatic H&M debacle with Ru and returning queen Joe Black.

“I can’t recall another time when that’s kind of happened,” says Joe. “Something about that must’ve sparked something in Mr Charles. All of my Drag Race journey seems to be filled with controversy, which I quite like actually!

“It’s quite exciting for me. I’ve never felt like I fit in with the Drag Race brand, so the fact that I even got on it in the first place… It would’ve been a wasted opportunity if I had gone on there and done anything else but me.”

Veronica, who was unable to return to the series following the seven-month break due to her COVID diagnosis, admits:  “When I was told, I burst into tears. I was absolutely devastated, and I didn’t know how to process the information.

“It took me a long time for it to sink in. Eventually, it was just, ‘Oh wow, that’s it. That’s my journey in the competition over.’”

Veronica also reveals who she planned to impersonate for the franchise’s staple maxi-challenge, Snatch Game, while Joe explains why fans shouldn’t expect her to sashay back into the werkroom for All Stars anytime soon.

The first five episodes of Snatched! are now available on all streaming services, including Spotify and Apple Podcasts.