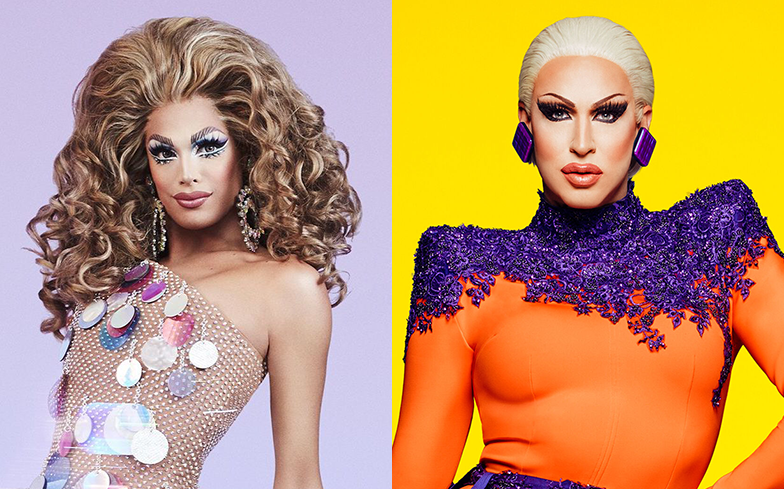 “As drag fans ya’ll pin queens against each other when we’re cool.”

Valentina has had it – OFFICIALLY – with comparisons to her fellow Drag Race sister, Brooke Lynn Hytes.

Last week, the season nine and All Stars 4 alum posted a sickening photo from her GAY TIMES photoshoot, in which she dons a pair of ballet shoes whilst looking – like one fan said – “on pointe”.

Most fans left positive comments on the photo, because like we said, it’s absolutely sickening; however, some were quick to slam the star for her “improper ribbon placement” and compared her to former ballerina, Brooke.

“Brooke Lynn Hytes part two?” said one fan, while another wrote: “Take those shoes off! You do not know how to wear them!”

Yeah we know, ridiculous. However, Valentina wasn’t going to take that, oh no honey. She hit back: “Y’all need to let a bitch live her fantasy. Have any of you ever seen the film The Red Shoes?

“I love Brooklyn we’ve known each other since before she was on the show. As drag fans ya’ll pin queens against each other when we’re cool. Broaden your references, go watch Bolshoi or the New York City ballet.

“I will never give up my love and obsession with prima Ballerinas. If I wanna throw on a point shoe tie it wrong and feel fish, in my fantasy I’m full ballerina fish. And so is Brooklyn. I send you lots of light and live – Miss Ballerina Fish.”

To the fan who told her to take the shoes off, she responded: “Bitch they’re mine I bought them.” (Yaaaaas.)

She later commented, in true Valentina fashion: “Ya’ll hoes kill me and gonna make me start aging! I going back to my bubble, French Vanilla land where I can live my every fantasy.

“While ya’ll hateful hoes is hating, I thank those who are sweet and I invite all of y’all to feel your French Vanilla Fantasy.”

When we spoke to Valentina for our June issue, she said she’ll never return as competitor on Drag Race.

“It’s not on my list,” she revealed. “I would hope that if it came around, I’d be so busy with my endeavours that I’d have to say no! If I was available Mary, what a fun fucking ride it would be to do that shit again.”

She said she doesn’t “feel the need to compete with a bunch of people”, adding: “I’m done being a competitor, I don’t see it like a sport. I see it as an art. If you notice on All Stars 4, I wasn’t competing against other people.

“I just want the DJ to push play, I want the bitch to turn the light on and let me perform!”

But there’s always a ‘however’ isn’t there? Valentina did admit that she would like to return in a guest capacity for Drag Race UK: “If they’re doing another season and want me to come back in for some sort of challenge, I think I’d be down.”

In our interview, Valentina also opens up about her groundbreaking appearance on Rent! Live, her journey towards discovering her non-binary identity, and why she wants to be a “beacon of light” for the trans and gender non-conforming communities.