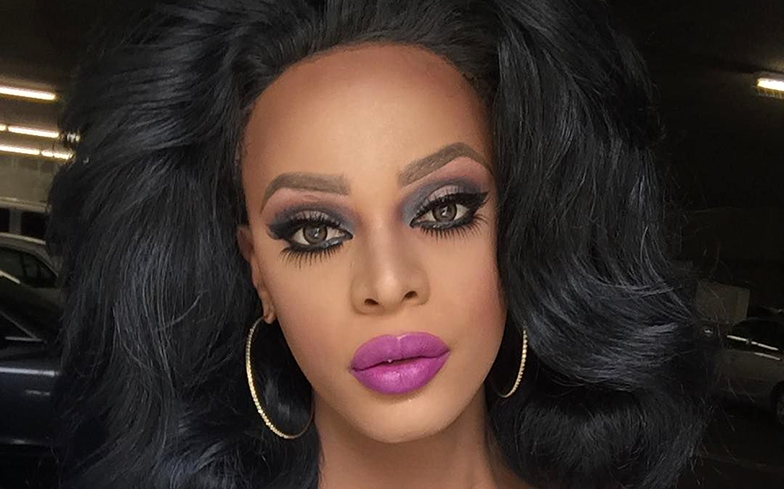 “You’re asking me to speak on my experience, here you go.”

Tyra Sanchez has addressed the racist fans within the Drag Race community, and the ominous DragCon “threats” she made earlier this year.

In a lengthy Facebook post, Tyra told fans that she “will not be interviewed for your blog, magazine, news articles, YouTube videos, etc. to discuss the racism within the Drag Race Community”, and instead chose to recount her own experiences.

“From day one I have received nothing but hate, racial slurs and death threats because I beat your favourite,” she began.

“Promoters were shady to me, smiled in my face, but spoke ill of me behind my back damaging my rep.”

Tyra revealed that her season two sisters Raven and Jujubee received more opportunities than her – despite coming in second and third place – and slammed the former for her use of “the n-word”.

“Raven was even offered the commercial for the newest drink for Absolut, while I was given the only one left that no one had chose (no first dibs for your winner).

“All of our press interviews, even the recap for RPDR season 3, they’d position these two first and closest to the interviewer, pushing Tyra all the way to the side. Rujubee all day. “I supported these queens and still do. Well at least Juju. I can’t fuck with Raven she drops the n-word entirely too much for my liking and she’s no where near my skin tone to be using that word.”

The season two winner then opened up about a devastating period in her life, when the hate became too much.

“For years it broke me, damaged my confidence, and forced me back into a shell,” she admitted. “For years in silence I tried to change everything about me. The way I acted, talked, dressed. Even tried to change the color of my skin.”

After explaining her controversial behaviour on Twitter, in which she told multiple fans to kill themselves, Tyra addressed her feuds with her Drag Race sisters, Morgan McMichaels, Tatianna and Phi Phi O’Hara.

“Phi Phi O’Hara and Tatianna being the biggest bullies of them all,” she stated. “Again spreading and encouraging hate towards me. Queens who I’ve never had an issue with.”

Tyra continued: “Again I defend myself and yet again I’m attacked by this Drag Race community. Hate, racial slurs and death threats (what has now become the normal).

“Again this community never corrects those that are wrong, but demands apologies from those in defense of themselves. And yet again no apology will come from me.” She then addressed the controversial “threats” she made towards DragCon earlier in the year, which led to Facebook users reporting Tyra to the FBI and the LAPD for suspected terrorism.

Tyra criticised World of Wonder for calling the FBI and bomb squad, and claimed she never once threatened the event – despite posting photos on social media of the LA Convention Centre being blown up.

“ME WARNING PEOPLE TO NOT ATTEND AN EVENT BECAUSE OF THE RACISM I’VE EXPERIENCED WITH ITS PRODUCTION COMPANY DOES NOT EQUATE TO ME THREATENING SOMEONE’S LIFE OR THE LIVES OF THE EVENT’S ATTENDEES.”

The performer said it was a “classic case of white people calling the cops on black people because they aren’t getting their way”, and threatened World of Wonder with a defamation lawsuit.