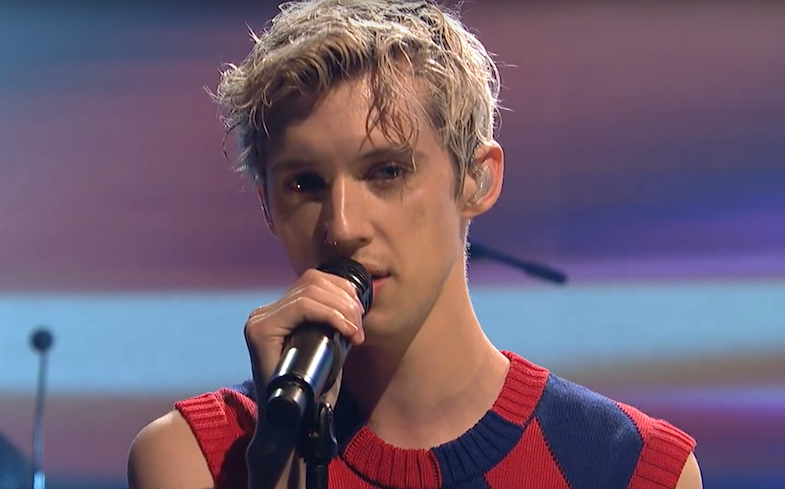 The Australian pop star performed his two brand new singles, The Good Side and My My My!

Introduced by American actress Jessica Chastain, the out Aussie singer/songwriter and LGBTQ activist was electric during his My My My performance, serving vocals and high-energy as he sashayed around the stage.

“My, My, My! is a song of liberation, freedom and love,” Troye explained.

“Throw all inhibition to the wind, be present in your body, love wholeheartedly, move the way you’ve always wanted to, and dance the way you feel – hopefully even to this song!”

The vibe was more sensual and serene for his performance of The Good Side, his heartbreaking new track which describes a failed relationship in which he got ‘the good side’ of the breakup – namely, travelling the world and living out his dream.

My My My and The Good Side are the first two singles from Troye’s upcoming second studio album, and are both available on iTunes and streaming services.

His highly-anticipated sophomore effort follows 2015’s Blue Neighbourhood, which received critical acclaim upon release and spawned the hit singles Wild, Talk Me Down and Youth.