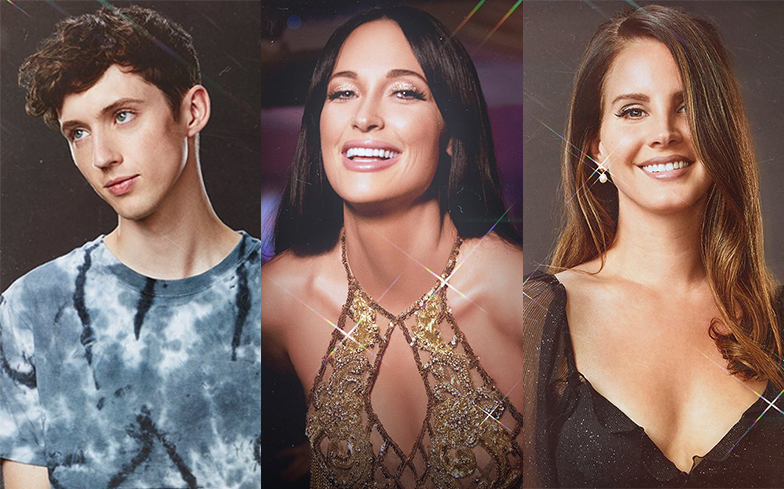 The Grammy Award-winning singer-songwriter has teamed up with a host of A-list celebrities including Lana Del Rey, Troye Sivan and Camila Cabello for a brand new Christmas special coming to Amazon Prime Video on 29 November.

“Equal parts heart-warming and cleverly absurd, Musgraves pays tribute to holiday specials of the past whilst also reinventing just what a Christmas special can be, with a magically modern twist,” reads the show’s synopsis.

The special will be narrated by Schitt’s Creek actor Dan Levy.

There will also be an appearance from Kacey’s grandma, who the singer says is “the real star” of the show.

“I can say without a doubt that this project is unlike anything I’ve ever done before,” explained Kacey.

“What started as the small seed of an idea one night over a year ago has turned into something I’m so proud of. Some truly brilliant comedic and musical guests are featured in the show – as well as my own Grandma.

“My vision was to bring my old Christmas album to life visually and create a modern and fashionable, fresh take on a classic format. It’s a nostalgic, Wes Anderson-inspired reimagining of the holidays. It’s heartfelt, funny, and most of all, real. I can’t wait to finally share.”

An album featuring duets with Troye (original song Glittery), Lana (I’ll Be Home For Christmas), Camila (Rockin’ Around The Christmas Tree) and more will also be released on streaming services on 29 November.

Watch the teaser for Kacey’s new festive special below.

The Kacey Musgraves Christmas Show will be available to stream on Amazon Prime Video from 29 November.