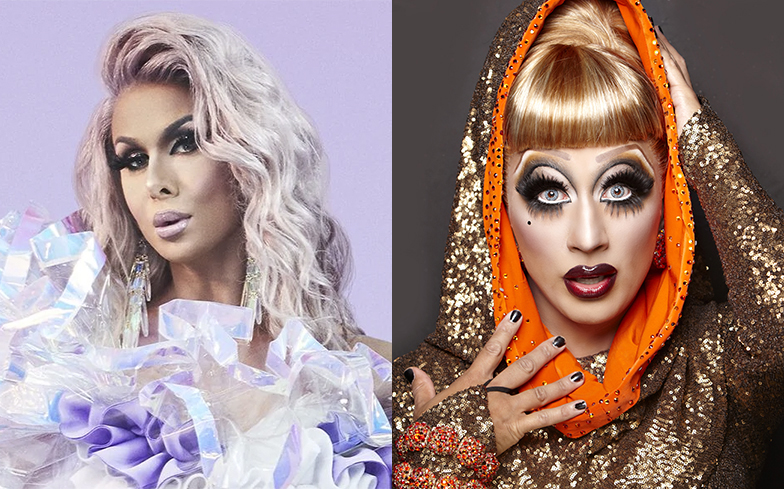 “HOW DARE YOU RUIN MY REPUTATION!” joked Bianca.

In celebration of season 12, the legendary All Stars 4 winner has been reinventing sickening runways from past Drag Race winners such as Bebe Zahara Benet, Tyra Sanchez, Raja, Sharon Needles and Jinkx Monsoon.

This week, it was Bianca’s turn. Trinity paid homage to the season six winner with her own take on Bianca’s classic boat-neck silhouette in flower print, and of course – she painted herself in Bianca’s signature clown-like mug.

“She comes across on social media, tv and her live shows as someone who is frankly, a bitch. But what people don’t know is that she’s one of the MOST caring and kind queens to ever come out of Drag Race,” Trinity wrote on social media.

After Trinity recalled a hilarious story between them both on the Werq the World tour, in which Bianca almost “put out” her eye, Bianca joked that she has “ruined” her reputation but later thanked her for “this amazing honour”.

Check out Trinity’s ahmahzeng tribute to Bianca Del Rio below.

Check out Trinity’s incredible tributes to Bebe, Tyra, Raja, Sharon and Jinkx below.

Next week, Trinity will embrace her inner Violet Chachki – will it be her iconic tartan runway or her groundbreaking Death Becomes Her corset? WE ARE VERY EXCITED!