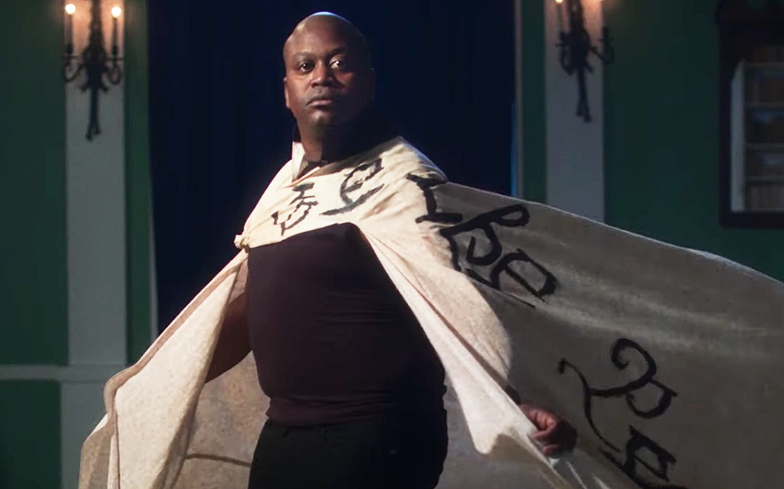 Tituss Burgess is putting Trump under the lens on his political new single 45.

The track, a collaboration with actor and rapper Daniel J. Watts, is a powerful rally cry for Americans to take a stand against President Donald Trump, who has proven unfit to protect the rights of LGBTQ people, women and ethnic minorities.

“Oh 45, a real nose dive for American lives, because he’s not really sure, I’m so transfixed, he’s dumb as bricks,” Tituss sings on the track, where he begs the listener to “wake from your slumber” and speak out.

Despite the song’s serious – and often disheartening – talking points, it does ultimately carry a message of hope, as Tituss sings: “I don’t fear ‘cause I know we’re the cure, that I am sure.”

We may know him best as the Emmy-nominated breakout star of Netflix comedy The Unbreakable Kimmy Schmidt – and for his iconic song Pinot Noir – but it’s great to see Tituss take a political stand for good with his music.

Watch the video for 45 below.