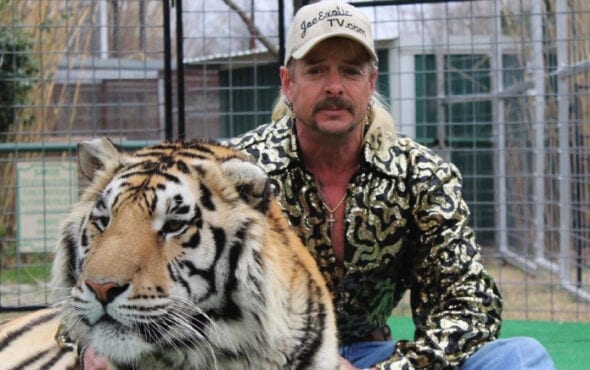 The upcoming limited series based on Tiger King’s Joe Exotic has cast its lead.

John Cameron Mitchell, best known for co-creating the musical Hedwig and the Angry Inch, will star as the reality TV personality and big cat conservationist in a show that will be broadcast across NBC, Peacock and USA Network.

“I’m thrilled to take on the role of this modern folk antihero,” said Mitchell.

“Joe and I are the same age and like him, I grew up queer in Texas, Oklahoma and Kansas so I feel like I know a little bit about this guy and his desperate attempt to conquer an inhospitable world.”

For his work on the 2014 Broadway production of Hedwig and the Angry Inch, Mitchell earned a Tony Award for Best Revival of a Musical, as well as Special Tony Award.

He also starred in a feature-film version of the play in 2001, for which he received a Golden Globe nomination for Best Actor. Mitchell’s other acting credits include Girls, Mozart in the Jungle, The Good Fight and Shrill.

“We are so excited to have John Cameron Mitchell, an adored icon of the LGBTQ community, take on this compelling role. His casting speaks to our ongoing vision of universal storytelling, and we can’t wait for our audiences to experience the show.”

Joe Exotic, the working title of the series, will also star SNL alum Kate McKinnon as Carole Baskin, Exotic’s rival. The series is based on the Wondery Podcast of the same name, hosted and reported by Robert Moor.

Etan Frankel will write and executive produce under his overall deal with UCP.

Tiger King: Murder, Mayhem and Madness chronicles the life of Joseph Maldonado-Passage, aka Exotic, and his disturbing feuds with fellow big cat conservationists such as Baskin, the owner of Big Cat Rescue.

The true crime documentary became one of Netflix’s most critically-acclaimed and watched series of all time, partly due to its release coinciding with the early months of the global coronavirus pandemic.

The entire series is now streaming worldwide on Netflix.