This was the most shocking elimination in Drag Race HERstory 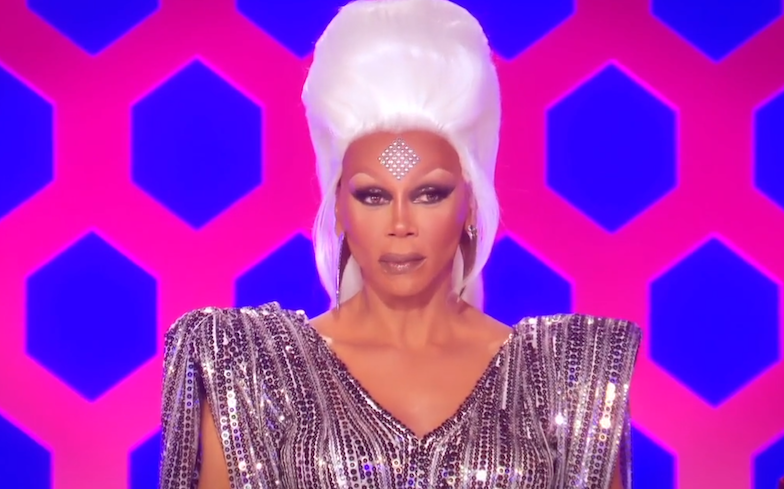 Remember when BenDeLaCreme eliminated herself on All Stars 3? Yeah, this was way gaggier.

The eighth episode of Drag Race All Stars 4 just provided fans with the most shocking elimination in Drag Race HERstory. Honestly, we’re lost for words, which is a bit shite considering we’re journalists and we have a story to write.

But anyway… On this week’s episode, the queens were tasked with transforming their best friends into their drag sisters and to choreograph a musical tribute to the legendary Academy Award winning actress Judy Garland.

After the queens sashayed, shantayed and panthered down the runway, RuPaul and the judges – including Frances Bean Cobain and Meredith MOTHERFUCKING Grey, also known as Ellen Pompeo – provided the contestants with their critiques.

Monét and Naomi were lauded for their makeovers and were deemed the top two All Stars of the week, which made it win number three for the former and the first win for the latter. Latrice received negative critiques alongside her best Judy, Manila, in her first bottom two placement of the season.

The contestants later deliberated with their fellow All Stars in the werk room, and despite the general consensus they came to earlier in the season, that the weakest queen would receive the boot, Monét and Naomi were conflicted with their decision.

A few episodes prior, Manila chose to eliminate Monét over her All Stars 1 sister, Latrice, which she didn’t take too well. “I don’t think that Manila needed to plead her case,” Monét said in her confessional. “She wants to let her ranking in the competition do all the talking, and I think that’s a bold move for a bitch to do.

“Maybe she should’ve started with, ‘I’m so sorry for what I did last time when you were in the bottom.’ Like, she should’ve went that way. If that was the case, I would’ve been like, ‘Cute! Keep!'”

Naomi and Monét then hit the main stage to perform a lip sync number to Come Rain or Come Shine by Judy Garland, and honestly, Naomi turned it the fuck out, and it was one of the best of the season. Her performance ultimately earned her ten thousand doollahz.

Then, in the gaggiest and kuntiest move in Drag Race HERstory, Naomi revealed the queen’s lipstick to be… Manila. Yas, Manila, the undeniable frontunner for the All Stars 4 crown. One of the most sickening and deserving queens in all ten seasons of RuPaul’s Drag Race. This is not our opinion, like Monique says, “Facts are facts.”

Is Naomi brave for sending home the strongest competition? Or is she slightly hypocritical, considering she got in a bit of a huff earlier in the season when Manila chose Monét’s lipstick over Latrice’s? We’re unsure but it made for damn great television.

The eighth episode of Drag Race All Stars 4 is now available to stream in the UK on NOW TV.