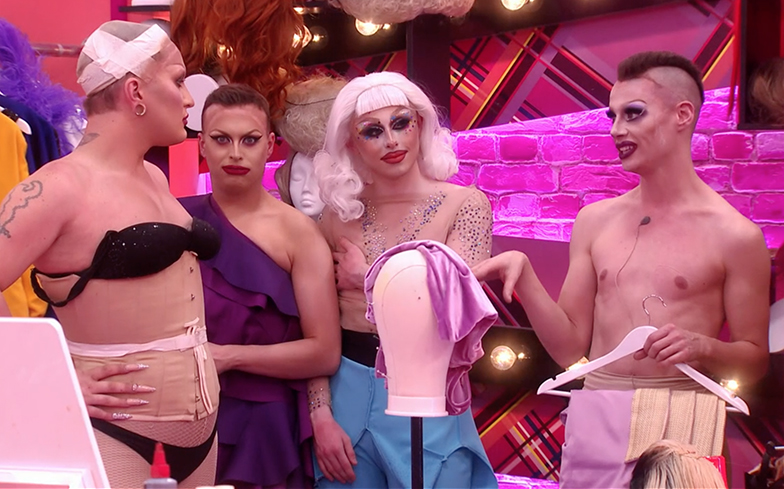 “We said everything we said.”

The Vivienne and Divina De Campo have hit back at claims that the RuPaul’s Drag Race UK edit is “unfair”.

The Vivienne – feeling rattled after lip-syncing for her life – told the others that if she could’ve chosen her team, she would’ve picked Cheryl Hole first, which offended Divina. “You clearly don’t value what I do as a drag queen,” she told her.

Despite clearing the air later in the episode, a fan took issue with how the queens came across.

In a now-deleted tweet, the fan wrote: “Have to say I really do not like how they edit the girls. The Vivienne especially and Divina De Campo and how it makes them look. Trying to make everything worse than it is. This is really unfair on the girls.”

Divina and The Vivienne politely responded to the fan and defended the edit.

“I mean I did say all those things tbf,” clarified Divina, while The Vivienne said: “We said everything we said lol. Yes they’re spotlighting a lot of certain things, I had a lot of lovely moments with every girl that you’ll never see. But we’re also making tv.”

Next week, the top four will give their loved ones a drag makeover. BAFTA-winning Chewing Gum star Michaela Coel will make her judging panel debut, while Alan Carr will return after a two-week absence.