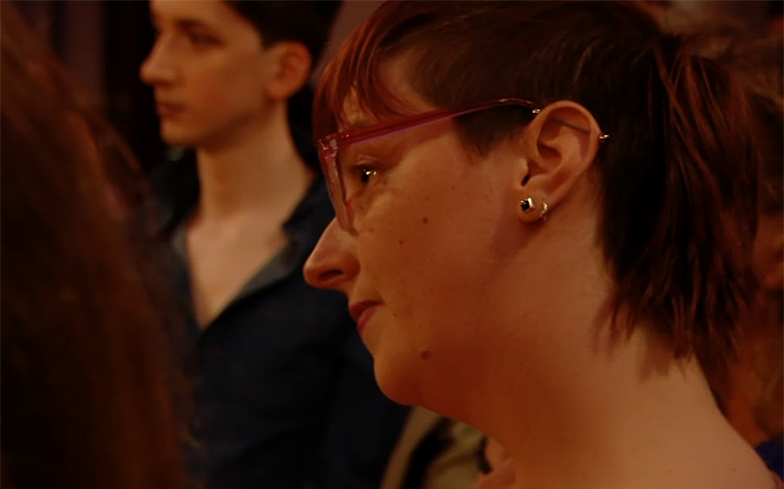 “We would like to reiterate for everyone that there is no place in the Green Party for transphobia.”

The transphobic audience member from Genderquake: The Debate has been suspended from the Green Party.

The debate – which aimed to educate and explore how gender is viewed in modern society – was widely criticised for allowing trans audience members in the studio.

What could’ve been an enlightening and empowering conversation turned into an ugly scene of discrimination and bigotry towards the trans community.

On Thursday (10 May), Green Party confirmed that Palmer had been suspended following complaints made by the LGBTIQA+ branch and non-party members.

Related: Munroe Bergdorf defends photo with Caitlyn Jenner: “To change the narrative, we need to engage.”

“Following complaints made by the LGBTIQA+ Greens and others, Olivia Palmer, a member of the party who engaged in transphobic abuse during the Channel 4 Genderquake debate, has now been suspended,” they said in a statement.

“We would like to reiterate for everyone that there is no place in the Green Party for transphobia, and we are glad that the Party has been able to demonstrate its commitment to our policy – ‘The Green Party recognises that trans men are men, trans women are women, and that non-binary identities exist and are valid.’- through its actions.

“We would like to thank everyone who has taken the time to report this issue, and encourage people to continue calling out instances of transphobia when they see them.”

Palmer confirmed her suspension on Twitter: “So Green Party have said there is controversy & have temporarily suspended me. The LGBTIQ+ GP have ‘autonomy’ to talk on their own behalf.”

She continued: “Kind of mix of lies and truth then. Still not made it clear what I’ve been accused of.”

Kind of mix of lies and truth then. Still not made it clear what I’ve been accused of.