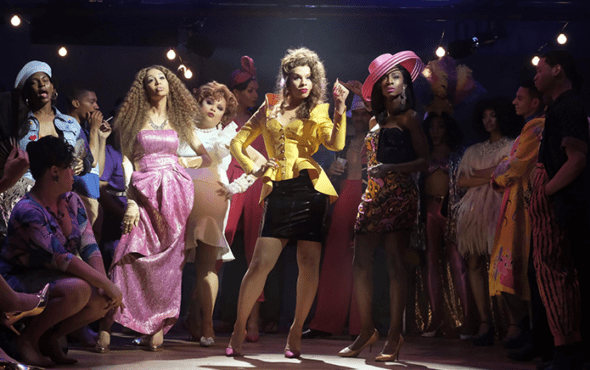 The third season of Pose will finally resume production in October.

According to Variety, a member of the crew is being tested for COVID-19 later this week ahead of filming next month in New York City.

The critically-acclaimed series, which focuses on the queer African-American and Latino communities of the ballroom scene in 1980s New York City, halted production on its third season back in March due to concerns over the coronavirus pandemic.

In an interview with Variety, Indya Moore – who plays Angel Evangelista – said some of the cast members are “going through a rough time” and are “feeling a little bit paranoid about returning to set too soon and frightened about what we will return to.”

Steven Canals, who created the series with Ryan Murphy and Brad Falchuk, said the show will undergo some major changes in its format due to the social distancing measures in place to prevent to spread of the virus.

“Things like kissing — we will likely forgo those moments. The place on our show where the biggest impact will be felt will be the ball scenes,” he revealed.

“Those scenes have 125 to 150 background actors. That’s tricky, because that’s such an important and critical part of our show and the narrative. We’re just, only now, having conversations of ‘Is there a world where we forgo these things?’”

Canals said season three will focus on “family and really caring for each other’s well-being” and will “inherently address what’s happening currently with COVID-19” because global epidemics are “already baked into the DNA of the show.”

We recently spoke with star Hailie Sahar, who teased a more substantial role for her fan-favourite character Lulu Abundance in the new season.

“In season one, we kind of got a little glimpse of Lulu, and season two her character started to come out a lot more,” she began. “I will say in season three… expect to see a lot more of Lulu, the way you’ve seen the progression in each season.

“That’s as much as I can say, without giving away too much with Lulu!”

The first season of Pose is available to stream in the UK on Netflix. Season two will arrive on 1 October.