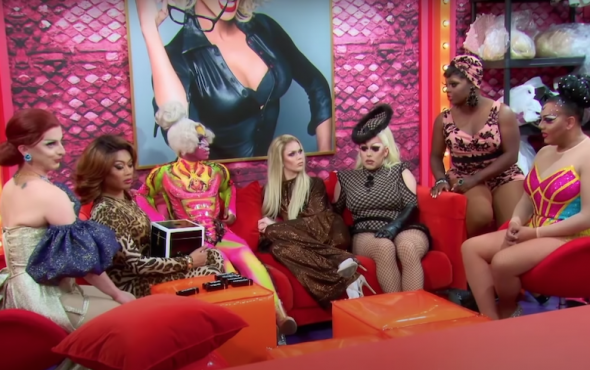 Shea Couleé finds out who voted for her to sashay away in this week’s Drag Race All Stars 5 preview.

Following Mariah’s elimination by majority vote, the seven remaining contestants ruturn to the werkoom and reveal the lipsticks, where they discover that not one, but two queens opted to send Shea home.

“I’ll be honest: Shea, I voted for you,” admits Mayhem Miller. “It was not personal, at all. It was the hardest vote. I respect each and every one of you so much as artists and I consider you my friend, but Mariah is like, my sister.”

“The next vote for Shea was me, just because I didn’t want to send Mariah home,” adds Alexis Mateo. “Personally, I didn’t want to deal with that inside me. I saw Mariah work so hard, and I couldn’t do that to her.”

“So you didn’t think I worked hard?” Shea responds, to which Alexis explains further: “I think you did great, like I said to you before. India was out of the question for me because I think her performance was great.” Shea calls shade over Alexis’ reasoning in her confessional, stating: “India was in the bottom twice, so how is it that India is not even an option, when out of all the girls that remain here, I’m the only one that’s won a challenge and a lip-sync?”

“I’m not terribly surprised at how these two girls are playing the game, because if I was scared, I’d do the same thing. But girl, I’m always going to be thinking about the fact that you tried to send me home.

“These girls have no idea the kind of game I can play, so let’s have some fun.” T? Spilt.

The next morning, RuPaul informs the queens of their next maxi-challenge: to work in teams and improv their way through scandalous situations, getting caught in the act by the tabloid TV team from SheMZ!

Once again, the teams are decided beforehand… In the words of Alyssa Edwards, we “smell a stunt”.

The first three episodes of Drag Race All Stars 5 are available to stream in the UK on Netflix.