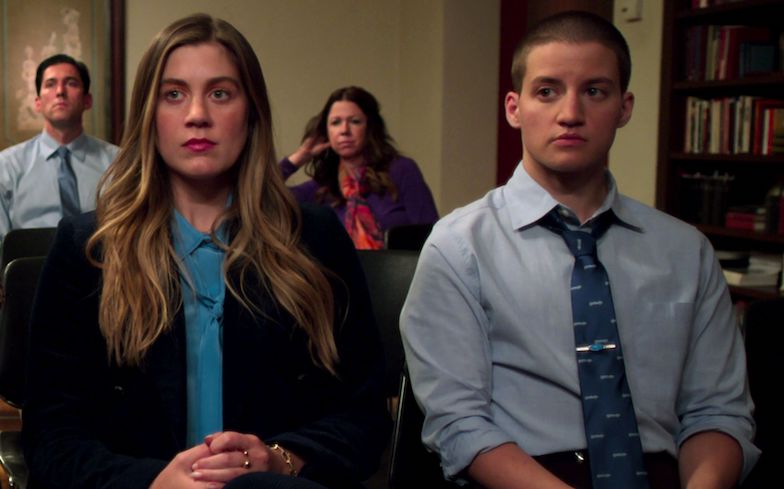 The show stars Ben Platt as Payton Hobart, a wealthy student from California who is determined to become the President of the United States. First, he has to navigate “the most treacherous political landscape of all: Saint Sebastian High School”.

At the end of the season, we experience a massive time jump and Payton’s advisors, James, McAfee (Dreyfuss) and Alice (Schlaepfer), as well as Skye (Jones) and Astrid (Boynton), return to help him win the state senate election.

When we asked Theo where they’d like James to go in the second season, they told us: “I don’t know where he’s going to go but I want to know what kind of trouble he’s going to get into, maybe a romance or how he’s grown as a character.”

Laura said: “It’ll be really fun to explore because she’ll be older and she’ll have a better view, because everything has changed and her whole vision of Payton has changed. It’ll be very interesting to see what her plans are and how she approaches things.

“I think when you’re in high school, you have such a clear idea. It’ll be very interesting to see how she adapts.”

You’ll be pleased to know that Netflix have commissioned two seasons of the show with five planned, each of which will revolve around a different election that will chronicle Peyton’s rise to power.

The first season is available now on Netflix and the second is expected to arrive next year.

Related: Theo Germaine opens up about their groundbreaking character on The Politician.