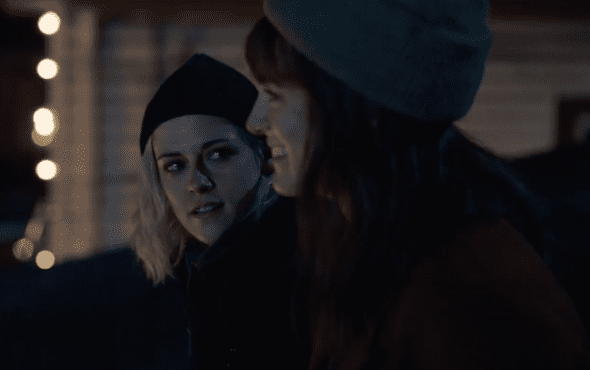 Happiest Season has received a trailer, and it’s full of festive queer.

There, Abby discovers that Harper hasn’t yet come out to her conservative parents.

In an interview with People, DuVall – who also has a minor acting role – said the film came to fruition because she had “never” seen her story represented in the Christmas genre.

“Happiest Season felt like a great opportunity to tell a universal story from a new perspective,” she explained, to which Stewart added: “I’ve wished to see a gay Christmas rom-com my whole life.

“I’m so happy and proud of Clea for bringing this into the world. We couldn’t have had a better more loving pack of weirdos supporting each other on this one. Had an absolute blast.”

Due to COVID, Happiest Season is skipping cinemas for a digital release.

The film has been acquired from Sony Pictures by Hulu to be distributed in the US. However, the studio will share rights to the movie, so it will potentially be shown in cinemas in Canada and other places internationally.

DuVall said of the move: “I am beyond grateful to Hulu for providing an incredible home for Happiest Season, and I’ll forever cherish my journey with Sony Pictures who felt just as strongly as I did about the value of bringing the first major LGBTQ+ holiday rom-com to audiences.

“I’m hopeful that this universal story, told through a unique lens, will join the long list of holiday classics that continue to bring all of us so much joy and happiness.”

Happiest Season premieres 25 November on Hulu – watch the trailer below.