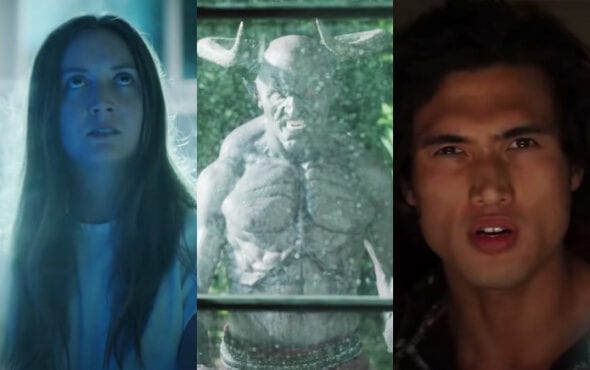 The highly-anticipated horror anthology series features a different myth slash legend from horror lore each episode, and will return to Murder House from the very first season of flagship series American Horror Story.

Some familiar faces can be seen in the trailer including Billie Lourd (Cult, Apocalypse, 1984) and Matt Bomer (Freak Show, Hotel), as well as new stars Charles Melton, Kaia Gerber and Danny Trejo, who portrays a murderous Santa Claus.

We’re happy to report that the series looks queer as hell, with the trailer teasing same-sex couplings with both Gerber and Bomer’s characters.

Earlier this week, series creator Ryan Murphy announced the aforementioned stars and claimed it “isn’t even half” of the line-up, so we’re hoping some more AHS alum will pop up in some capacity such as Adina Porter, Angela Bassett, Frances Conroy, Kathy Bates, Sarah Paulson and – we can dream, can’t we? – Jessica Lange.

Although details for the series are scarce, we do know that Melton, Burnside, McHale and Greetham’s characters will all appear in the same episode, which will be set around Christmas. Their characters were seen on set being chased by security after pranking Trejo’s terrifying mall Santa.