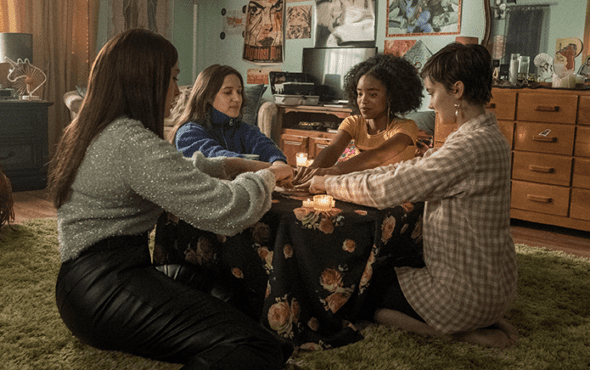 “There are some topics around trans inclusivity and intersectional feminism.”

The upcoming sequel to The Craft, subtitled Legacy, will introduce a young transgender witch.

In an interview with Cinema Blend, director and writer Zoe Lister-Jones said the highly-anticipated teen horror will explore topics around “trans inclusivity and intersectional feminism.”

“I think the original was very much ahead of its time because it was intersectional in many ways,” she said. “Including a trans voice in this group of young women was really important to me.”

Trans actress Zoey Luna stars as one of the core four witches in The Craft: Legacy. The rising star will play Lourdes, a young teen who welcomes Cailee Spaeny’s character Lily into their coven.

Gideon Adlon and Lovie Simone complete the quartet as Frankie and Tabby.

The official synopsis reads: “When starting at a new school, Lily befriends Tabby, Lourdes, and Frankie and quickly becomes the fourth member of their clique. Lily soon learns that she somehow brings great power to the quartet.”

“It’s a terrific group of young actresses,” the latter recently teased in an interview with Collider. “It was a really female production. It was fantastic.

“Zoe’s just really smart. It’s spooky but also really timely and relevant, you know in terms of what it’s about and how she reimagined it.”

The 1996 original – which starred Balk (Almost Famous), Robin Tunney (Prison Break), Neve Campbell (Scream) and Rachel True (Half & Half) – received mixed reviews at the time, but has since gained a passionate cult following.

The Craft: Legacy premieres 28 October on Amazon Prime – just in time for Halloween! – watch the first trailer below.