The Bridges of Madison County a complex mix of emotions – review 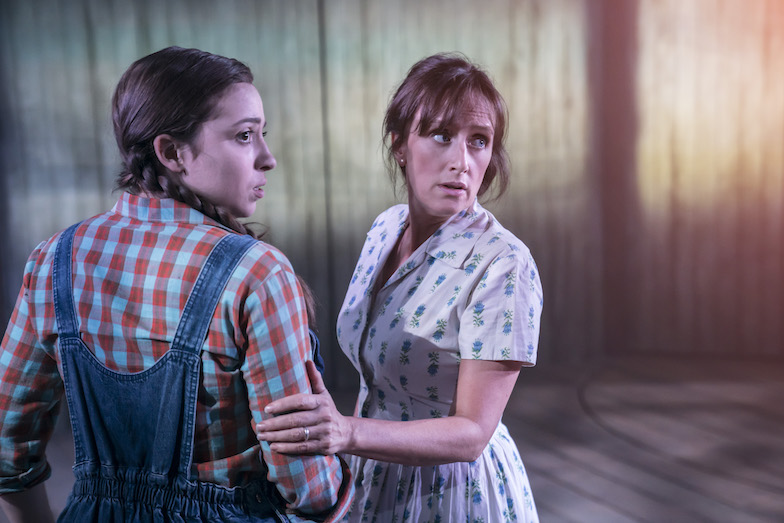 The Tony-award winning 2013 show, with book by Marsha Norman and music and lyrics by Jason Robert Brown, has made its UK debut at the Menier Chocolate Factory, directed by Trevor Nunn.

Based on Robert James Waller’s bestselling 1992 novel – and subsequent film starring Clint Eastwood and Meryl Streep – The Bridges of Madison County tells the story of Francesca, an Italian woman who has moved to the USA with her American husband Bud to raise a family. While Bud and the children are away at the Iowa state fair, a National Geographic photographer, Robert, stops at the house to ask directions; he has been tasked with taking photos of the titular bridges. This chance encounter has profound implications on both Francesca’s and Robert’s lives.

The first thing to note is that it has some really great songs. The Broadway production won the 2014 Tony award for Best Original Score and it’s not hard to see why. Robert and Francesca’s duet “One Second and a Million Miles” is a standout moment; act two opener “State Road 21” is lots of fun and has the audience singing along; while “It All Fades Away” packs a real emotional punch towards the show’s conclusion. The score sounds fantastic in the venue; under the musical direction of Tom Murray, these epic songs are beautifully realised by the 10-piece orchestra.

Yet the story itself is a bit plodding and predictable, which isn’t helped by the lengthy run time of nearly three hours. The first act in particular was a bit of a drag; not enough happened and there were too many slow ballads. It really felt like it was moving at a glacial pace – you know how that thrills us. Act two was much better – shorter, punchier, with a wider variety of songs and more action on the stage, we were really starting to enjoy it just as the show was wrapping up.

There are some solid acting performances – Jenna Russell as Francesca is particularly strong. Hers is a compelling turn, conveying an impressively complex mix of emotions through song while throwing in a handful of humorous moments – her thanking of the patron saint of Iowa housewives for Robert’s arrival being particularly funny. Edward Baker-Duly as Robert was reasonable, bringing the required grit, but we weren’t convinced he was romantic or passionate enough to awaken the dormant feelings of Francesca’s youthful desires.

Trevor Nunn’s direction, while charming, was a little busy. He’s filled the intimate space of the Menier with furniture which works its way around the stage at regular interviews. It has an appealing low-tech aesthetic, looking like it might fall apart at any moment, and suits the setting and period well; yet it does feel like there’s a bit too much going on when the focus should be on the songs. The movement was often noisy, and regularly preceded by distracting clunking and whirring sounds backstage.

The Bridges of Madison County is a bit of a mixed bag, which is a shame, as at its heart there’s clearly an excellent show in here somewhere. The music is superb, the story is engrossing and there’s some strong acting on display. But it’s also inconsistent, the pacing is off, and the set a bit too busy, pulling focus from the events unfolding on stage. As it stands it’s still an enjoyable musical with some great songs, but we know it could be so much more.