The 10 best queer albums of the decade 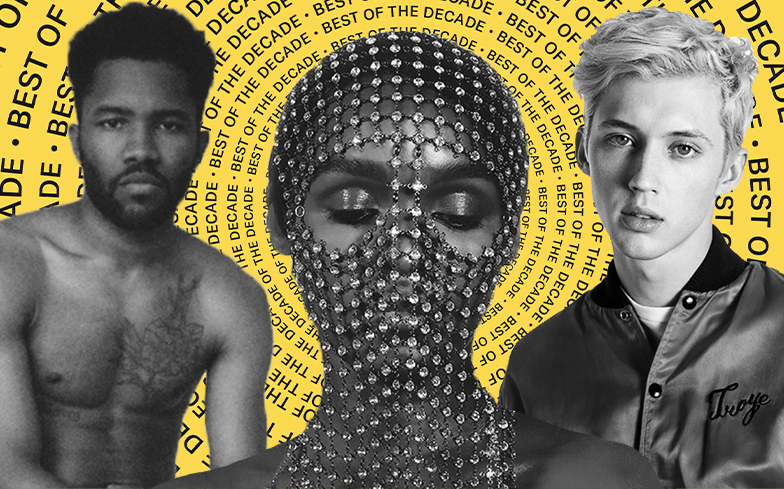 This decade has introduced us to more out-and-proud queer artists than ever before.

Every year, we see an increase in performers coming out of the closet and living their  – as cliche as it sounds – “truth”, which has seen a massive increase in queer visibility, authentic songwriting and role models for LGBTQ youth.

We have rounded round up our favourite queer albums of the decade, from the chart-topping electrobangers of Years & Years, to the experimental sounds of SOPHIE, and the critically-acclaimed celebration of queerness from Janelle Monae.

Standout track: What I Need

American performer Hayley Kiyoko made her much anticipated debut this year with Expectations, which provided us with synthpop perfection in Sleepover, Feelings, What I Need and Curious. She was hailed as “the first unabashedly queer female” in pop, which led to her honorific title: The Lesbian Jesus.

Standout track: You’re The One

Montreal producer Kaytranada has proven this decade that he is the queer prince of genre-blending rhythm. Released back in 2016, his debut collection 99.9% is a masterclass in commanding vintage soul, house and hip-hop, then smooshing it all together to make an album that feels both throwback and current. With a stellar cast of guest vocalists, standout tracks include the seductive bass and beats of You’re The One with Syd, and the eerie soundscape that backdrops Anderson .Paak’s tight rhymes. Kaytranada himself may feel like a bit of an enigma, but the music tells you everything you need to know about one of the most talented musicians this decade has seen.

8. SOPHIE – Oil of Every Pearl’s Un-Insides

Scottish record producer SOPHIE received massive amounts of critical acclaim with Oil of Every Pearl’s Un-Insides, a masterpiece in progressive, avant-pop. Critics lauded the record for its innovative and experimental production (she produced it all by herself) and for dealing with issues such as gender and beauty. Standouts include Ponyboy, Faceshopping and Immaterial.

7. Christine and the Queens – Chris

An exploration of sexuality, identity and power, Christine & The Queens’ second album Chris continued her knack for boundary-pushing pop. The star fully embraced her androgyny, taking on a masculine alter-ego named Chris to challenge gender expectations placed upon artists. 5 Dollars is the best example of a synth-laden throwback production in recent memory, while Girlfriend oozes in funk-driven rhythm that will get even the stiffest of hips twisting. What’s more, it takes the breezy production of Doesn’t Matter to make a subject as heavy as questioning God feel like it’s a just a casual pop bop. The 2010s have seen so much queer female talent come through, and Chris is leading the wave.

Coming-of-age records don’t come more honest and vulnerable than Kevin Abstract’s second studio album. Released just before Brockhampton – the self-described boyband he currently fronts – started to gain significant traction, American Boyfriend: A Suburban Love Story consists of same-sex desire, broken hearts, and the rejection Kevin faced from close ones for being true to who he is. Standout tracks include Empty (with its brilliant music video), Seventeen, and Runner. There are echoes of Frank Ocean – mainly because they share producer Michael Uzowuru – the heart and soul of American Boyfriend is uniquely Kevin’s as he navigates his identity as a young gay man of colour.

Masseduction – St. Vincent’s fifth studio album – combined elements of electropop, glam rock, new wave, ambient rock, psychedelic rock and dream pop, and became one of the most critically-acclaimed albums of 2017. It also became her first top ten album in the UK and United States, and spawned her finest moment to date in Los Ageless.

She’s spent her entire career holding a middle finger to gender stereotypes and blending queer sensibilities into her art, but it was only with her latest release, the critically-acclaimed Dirty Computer, that she fully opened up about her identity as part of the LGBTQ community. “I read about pansexuality and was like, oh, these are things that I identify with,” she said during an interview with Rolling Stone this year, and those themes are explored on the record as she refers to herself as a “sexual bender” and runs between male and female lovers in the accompanying visual film.

Considering Troye Sivan’s debut collection Blue Neighbourhood helped him transform from adored YouTuber to a bonafide pop artiste, expectations the follow-up were, shall we say, pretty high. It was a challenge Troye aced in spades, however, with what has widely been described as his “sex” album. Bloom hears a darker, more grown-up side to the star, with the title track launching itself to modern gay anthem status. Elsewhere, My! My! My! is as euphoric as they come, while the wistful Lucky Strike is a gay love song for a generation. With the infectious Plum and Ariana Grande duet Dance To This, Bloom was the album that took Troye from bonafide pop artiste to a 21st-century queer icon.

To say Frank Ocean’s proper debut album Channel Orange was a moment is an understatement. With a simple coming out post on his Tumblr, the significance of this record soared tenfold. Here was a prominent man of colour in music singing about same-sex desire, not shying away from his true emotions, and writing lyrics that deeply resonate with a community that had been marginalised for far too long. And the music was fucking good. Lost, Forrest Gump, Thinkin’ Bout You, and Pyramids have become modern classics; compelling storytelling on a bed of rich textures and tight structure. It can all be summed up in one word: masterpiece.