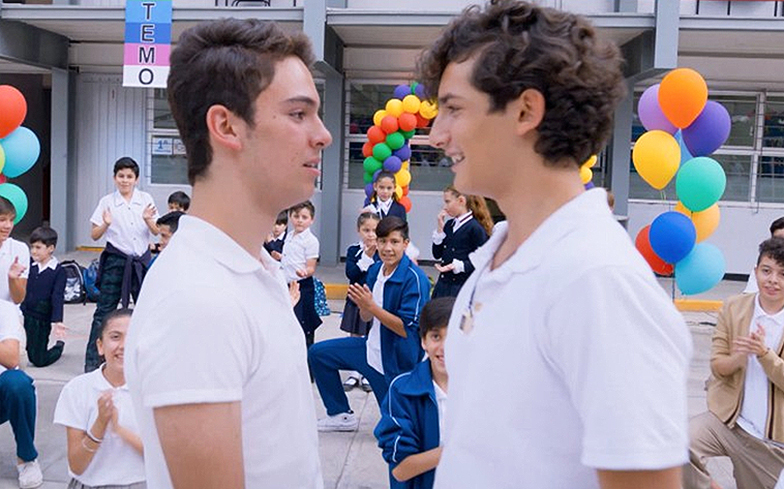 We’ve just found our next queer series to binge watch.

Juntos, El Corazon Nunca se Equivoca – which translates as Together, The Heart is Never Wrong – has made history in Mexico, according to Reuters, by becoming the first telenovela in the country to feature a same-sex couple as lead characters.

The show, which premiered on Sunday 23 June, stars 16-year-old actors Emilio Osorio and Joaquín Bondoni as Aristóteles “Aris” Córcega and Cuauhtémoc “Temo” López, as they move to Mexico City to go to university and start a new life together.

Fans, who affectionally refer to the couple by the ship-name Aristemo, have praised the show for providing positive representation for queer Latinx people.

The two characters first appeared in telenovela Mi Marido Tiene Familia, which was reportedly one of the most watched shows in Mexico, and they proved so popular they’ve now got their own spin-off.

“It shows that there are a lot of people, and a lot of young people of different ages who are interested in being able to connect with this kind of story,” said Santiago Pineda, one of the writers of both the original show and its spinoff, to Reuters.

“We wanted it to be a friendlier approach so that everyone could see that Aristoteles and Temo, beyond their sexual orientation, were both people with dreams, goals, fears and aspirations.”