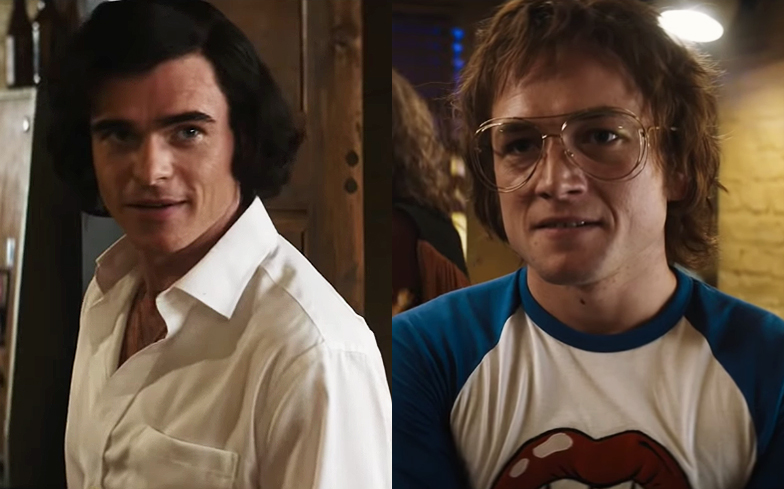 The first full-length trailer for Rocketman has been unveiled.

Based on the life of legendary musician Elton John, Rocketman will focus on his early years in the music industry, his rise at the Royal Academy of Music, and his struggles with fame and drug abuse.

The film will reportedly be a “fantasy musical” rather than a traditional biopic, and stars Kingsman lead Taron Egerton as the pop culture icon.

A new full-length trailer gives us a closer look at what we can expect from the film, including Bodyguard star Richard Madden’s take on John Reid, Elton’s former manager and past lover.

“You can be the best-selling artist in America if you desire,” Richard’s John says to Taron’s Elton, before warning him: “If our sleeping arrangements get out, all of this is gone.”

It also sees Taron deliver renditions of some of Elton’s most iconic songs, including Your Song, Benny and the Jets, and Tiny Dancer.

In a recent interview, Taron revealed that he and Richard have some seriously intimate moments in the film.

“I probably shouldn’t be telling you this but we have a sex scene. We went to some places together and got quite physical. I’ve watched it back and I think it looks great,” he said.

“The grown-up nature of the film, combined with it being a musical, makes it feel quite zeitgeisty.

“I don’t know if I’m allowed to say this but it’s basically about Elton in rehab, so we’re not watering anything down.”