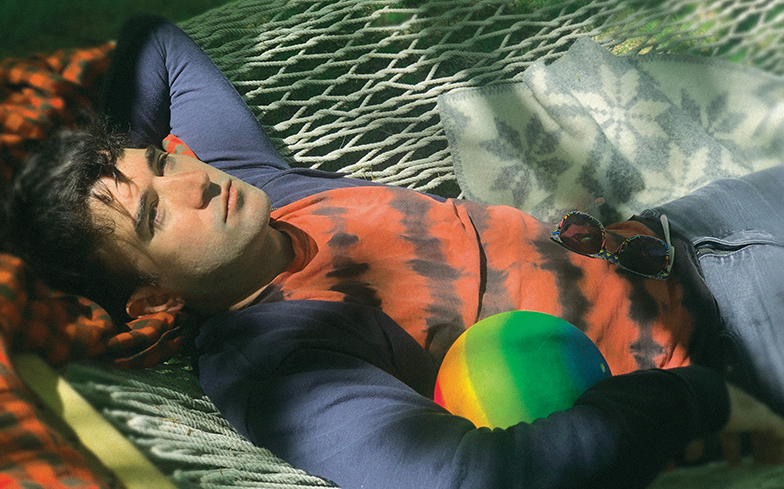 The critically-acclaimed singer-songwriter, who famously provided haunting tracks for the soundtrack of gay romance Call Me By Your Name, has released a surprise EP to celebrate the LGBTQ community.

Love Yourself is based on a sketch Sufjan wrote over 20 years ago – the original 4-track demo he recorded in 1996 is included on the release, as well as a short instrumental reprise of the track, which closes out the EP.

With My Whole Heart is a completely new song, which came about after Sufjan challenged himself to “write an upbeat and sincere love song without conflict, anxiety, or self-deprecation”.

Both songs will be released on a limited-edition seven-inch vinyl on 28 June, with a portion of the proceeds going to the Ali Forney Centre in Harlem and the Ruth Ellis Centre in Detroit, which both support homeless LGBTQ youth.

Sufjan has also designed a Pride t-shirt and a bumper sticker, both of which are available to purchase on his store.