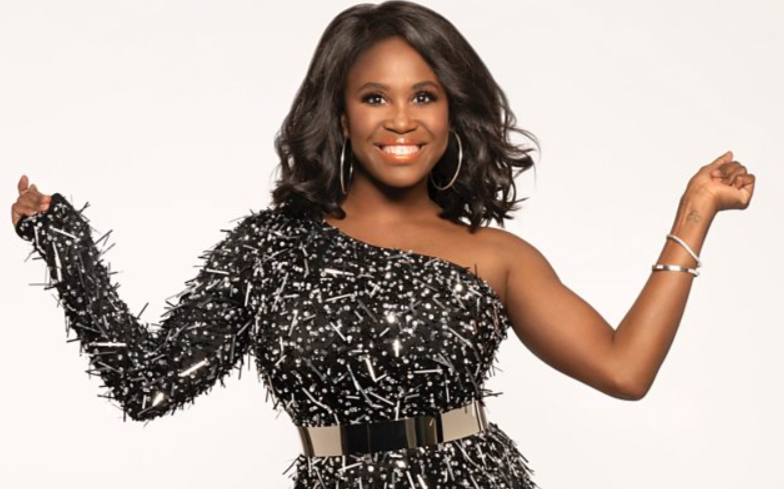 With the departure of Dame Darcey Bussell, Strictly Come Dancing has recruited South African dancer and former Let’s Dance judge Motsi Mabuse to replace her. And the judge, who is the sister of current pro Oti Mabuse, has backed the idea of same-sex couples on the show.

Speaking to BBC Breakfast presenter, and former Strictly contestant, Naga Munchetty for the Radio Times Magazine, Motsi said: “Strictly is probably aware of the changes that are happening socially.”

She added: “In Germany, we’ve completely gone that way. We’ve had two ladies dance together [singer Lukas Rieger and professional dancer Katja Kalugina, who were paired together in 2019].

“The ratings proved the point that sometimes, if you risk something, it pays off. It might go wrong – but at least you tried. The worst thing you can do is stay on the same spot. I respect traditions but you need to keep developing.”

Motsi Mabuse has joined an increasing amount of people calling for the BBC to take the plunge and allow same-sex couples to compete, something they recently said they were “completely open” to exploring.

However, the sight of two men dancing together may be too much for some to handle, as former DUP politician Jim Wells has said he’ll no longer watch the show because of this possibility.

In a rant, he said: “Now we’ve decided to introduce same-sex partners as demanded by the LGBT community.

“This goes out at 7.30pm on a Saturday evening when families want to sit down and watch something that won’t be challenging, won’t ask any awkward questions, won’t be embarrassing. It’s going to ruin it for family viewing.”

He added: “Once you get past the watershed, there’s plenty of programmes that cater for the demands of the LGBT community. Why are we damaging what has been seen as sacrosanct?”

Given how the last series of Strictly was pulling in around nine million viewers each week, we’re not entirely convinced that the show will be mourning the loss.

Strictly Come Dancing returns to our screens tonight, and we’ll know whether the series will be embracing same-sex couples this time around, but we have a feeling we’ll be stuck with mixed-sex ones once again.

Strictly Come Dancing’s launch show will be broadcast at 19:10 tonight on BBC1.

Related: Strictly Come Dancing 2019 has announced its full line-up – who’s in it?