Strictly’s Musicals Week was as camp as ever, but were the dances lacking something? 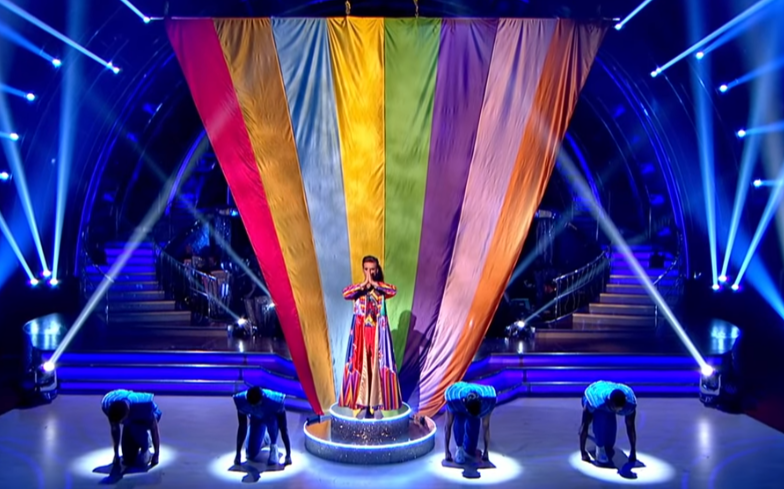 “I thought the goats were good, darling. You weren’t bad either.”

Strictly’s Musical Week is usually one if its biggest highlights. The themed weeks also take out all of the stops, and as it’s so late in the competition, it’s very rare for their to be a dud of a dancer hanging around.

But, there’s nothing that can top last week’s absolute meltdown after the Lindy Hop-a-thon. And this week the judges managed to avoid any judging slip ups, although this was more down to them sticking with their normal judging method.

And Blackpool gave us an ending with some same-sex dancing, and it did it perfectly other than the faux kiss at the end. But last week’s show of diversity gave us the same-sex dancing we all wanted. The routine, which was choreographed by former Strictly judge Arlene Phillips, really highlighted all of the dancers’ strengths, especially the ones in the wheelchairs. The routine was magical, and one of Strictly’s best pro numbers.

And that’s not the only helping we got, as Graziano Di Prima and Johannes Radebe danced together during Rod Stewart’s performance, and their chemistry was off the charts. Although the mixed-sex pro routines always deliver, the times that Graziano and Johannes were together completely stole the entire show.

Last week’s dance off was and wasn’t a surprise. The writing had been on the wall for several weeks for Graeme Swann given his frequent appearances in the dance-off, but Ashley’s unpopularity shined through as despite being joint-second on the final leaderboard, she was still in the dance off. And of course it was a total wash out, and Ashley dominated the performance, eliminating Graeme.

Starting off the show was an amazingly camp number to a medley of ABBA hits set to the musical of Mamma Mia! But what made this routine even more special was that the judges got properly involved, and we even got to see Bruno and Anton in hold together. But his shorts were another story, there has never been anything shorter worn on the show.

Lauren Steadman opened up the main part of the show, and after a few tough she weeks, she returned to the promise that she showed whenever she dances in ballroom. The routine was sweet and perfectly put together, and highlighted all of her strengths.

But Faye Tozer was also able to show off all of her best moves as well, as she delivered on the best charleston I’ve seen in the competition. She didn’t break character for a second, and her dancing as a puppet was something that completely stole the show. Most of the time, I’ve been supporting Ashley, but my allegiances may be changing here.

Unfortunately, even though the first two dances stole the show, the rest of them failed to hit a mark for me. I’m used to being wrong when it comes to watching Strictly, but I really wasn’t feeling a connection between Charles Venn and Karen Clifton during their rumba, and at numerous times he looked a little stilted.

And although there’s no denying that Ashley Roberts delivered an amazingly fast quickstep, it didn’t feel like it matched up to some of her better performances. Even the samba from last week that landed her in the bottom two was a better dance than this one, and given her lack of popularity with the voters she could end up dancing again.

And although Stacey Dooley’s American smooth moved most of the judges, again it wasn’t a dance I was particularly into, and this fed into the same criticism that I gave during Blackpool. The main dance should be between the celebrity and professional partner, but much like Blackpool a lot of the dance was between Stacey and the random backing dancers, which ruined the mood for me.

Joe Sugg continued this trend, but when he was with Dianne, he was really moving well. Plus the massive rainbow flag in the background was a nice touch, even if it was there for theming rather than agenda purposes. And as much as I will slate a dance for featuring the backing dancers too much, some of the moves that they pulled off were jaw-dropping.

Me: I'm not going to Pride this year
Also me: pic.twitter.com/Frtyq1z5Xm

The voting was a clear choice for me, with only Lauren and Faye actually capturing me, my vote went the way of the yodeling puppet. But Lauren would have been worthy of a vote as well. Don’t believe me? You can watch both dances below.

At this stage of the competition, popularity does play a significant part, and Lauren has proved to be very popular with the public, so I can see her getting through to the semi-final. But seeing as Charles Venn has been in the dance-off numerous times, and as he’s at the bottom of the leaderboard it wouldn’t be surprising to see him going home. Likewise, Ashley hasn’t endeared herself to the public, so I wouldn’t be surprised to see her eliminate Charles.

But who was your favourite performance last night? Let us know by voting below.