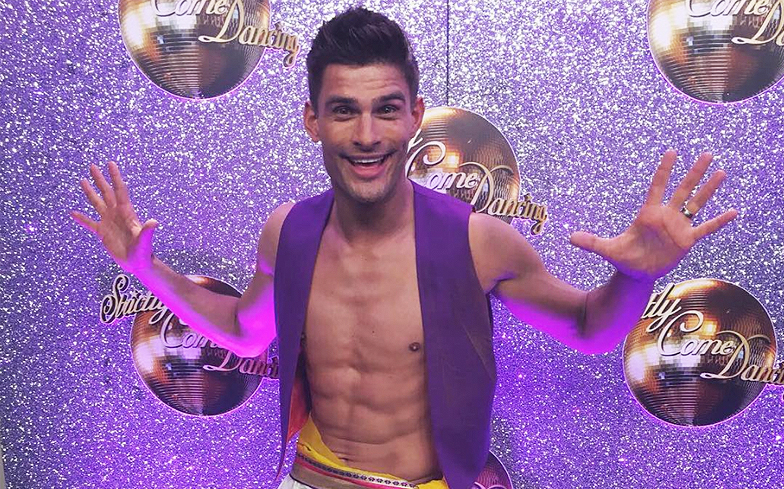 However, despite its long run and many openly gay contestants having competed in the competition, it has yet to feature a same-sex dancing pair.

Speaking about the ongoing debate, Strictly pro Aljaž Skorjanec has said that he would have no problem being partnered with a male for the competition.

“I’ve never actually spoken about it that much, but I’m always going to come in and do the best job I can. It doesn’t matter who it is or what sex they are,” he said in a new interview with the Huffington Post.

“Strictly has been so successful because it has been the same for the last 14 years and the formula hasn’t changed, so we all trust the producers 100%.

“It’s one of the few shows on television that is done with a positive thought behind it. If they do decide to go down that road, it will be with the most positive intention, so we will follow their lead.”

He added: “Hopefully we will be there when it does happen.”

Related: Meet AJ Pritchard: The Strictly professional getting all our pulses racing

Earlier this year, openly gay contestant Rev Richard Coles told Gay Times that he did have discussions about dancing with a male partner for his stint on the show, but ultimately ended up with a female dancer.

Strictly judge Craig Revel Horwood also told us that he thinks there should be better LGBTQ representation on the show.

“I think it’s something the BBC have probably thought about but certainly aren’t going with this year,” he said his hopes for same-sex representation on Strictly Comes Dancing.

He added that he hopes the BBC One show will include the LGBTQ community in the coming or future series.

“They might do it and I’m hoping we do see same-sex couples. Why not?” he added.

“When you consider the tango, originally, was created for two men. Men dance tango together in Argentina and Moroccans hold hands walking down the street and it’s perfectly acceptable – and kiss their male friends.”

The 15th series of Strictly Come Dancing is currently airing Saturday nights on BBC One, with just three more weeks left until the new winner is crowned.

Related: 10 of the hottest Strictly professionals to have ever chased the Glitterball