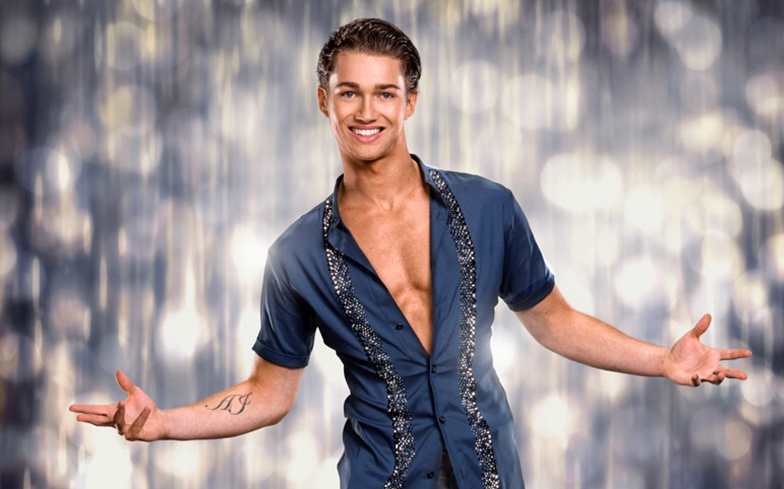 “I don’t think I should have to define it.”

In an interview with The Sun, the British dancer explained: “I don’t think I should have to define it.

“From the age of 12 when I decided to dance in high school, everyone was saying, ‘Oh, you’re a dancer’, and there was that kind of stigma about it.”

AJ said he tries to “not think about” the stigma, and said he just wants to live his life, adding: “The support from the gay community is always fantastic.

“It’s really great because they are always the best people to always be around. I love being around gay people, going to gay clubs.

“Obviously in this industry, there happens to be more gay people, so it just seems to work perfectly — and it helps with the sales for the calendar.”

He told The Sun that he’s now looking for love, and has joined Tinder…

“If I fell in love and found someone and we went on a couple of dates, I would go for it,” he revealed. “I never try to look for love, but sometimes it finds me.”

AJ is currently competing in his third series of Strictly Coming Dancing.

He is partnered with British Paralympic athlete Lauren Steadman, and will compete with her in the semi-finals next week.

Related: Strictly’s Musicals Week was as camp as ever, but were the dances lacking something?