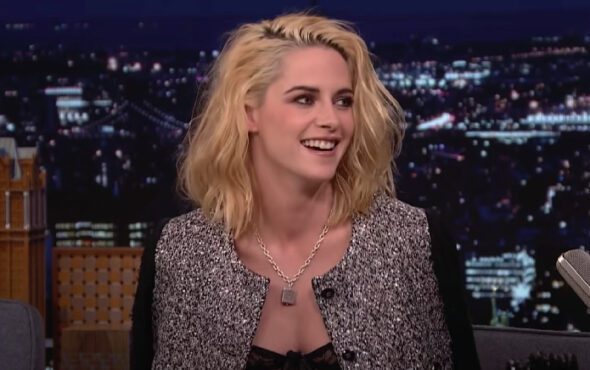 Oscar contender Kristen Stewart is entering the world of paranormal television (and making it gay).

In an interview with The New Yorker, the star revealed that she is developing a TV series with her fiancé, screenwriter Dylan Meyer, which has been described as a “gay ghost-hunting reality show” and a “paranormal romp in a queer space”.

“Gay people love pretty things,” said Stewart, who didn’t confirm whether she will appear in the series or behind the camera. “So we are aiming for a richness.”

Stewart also revealed that she’s working on her directorial debut with an adaptation of Lidia Yuknavitch’s The Chronology of Water.

On why she chose the memoir, Stewart explained: “It kind of celebrates a certain taboo, that shame finds itself sexually in women. The ways that she acknowledges being embarrassed, and self-hating, but that it also really turns her on, is one of the really difficult and complicated relationships we have with being women in this body in a fully patriarchal society.”

The Chronology of Water explores issues of gender, sexuality, violence and family, and has developed a passionate cult following since its 2011 release, particularly within the LGBTQ+ community.

Stewart received widespread acclaim this year for her performance as Diana, Princess of Wales in Pablo Larraín’s biographical psychological drama Spencer, and has been touted as a frontrunner for Best Actress at the 2022 Academy Awards.

The film is a fictionalised account of Diana’s decision to end her marriage to Prince Charles (Jack Farthing) and leave the British Royal Family, and takes place at the Queen’s Sandringham Estate in Norfolk in December 1991.

Spencer is out in cinemas now. Watch the trailer here or below.