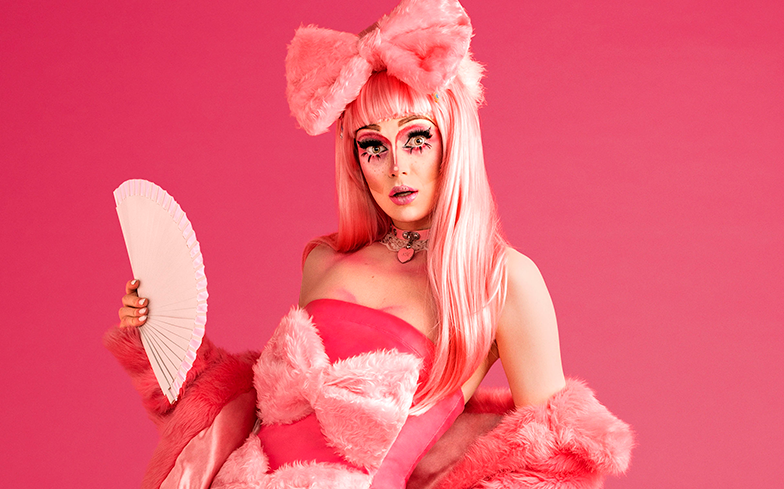 “I’m not gay, you don’t have to be the stereotypical thing that you expect drag queens to be.”

They spilt the T on their drag journey, how it compares to the original and what we can expect from this British invasion.

When we spoke to 20-year-old Wiltshire performer, Scaredy Kat – who described herself as “cute, pink, fluffy and possibly annoying” – she revealed that she’s bisexual and wants to subvert expectations of contemporary drag performers.

Scaredy’s girlfriend is a female drag queen called Pussy Cat, and she taught her everything she knows from painting a mug, to styling a wig to crafting DIY-esque lewks. “We’re a couple and because we’re both bi, we just love people,” she continued.

“I just want to show that you can be comfortable in your femininity and artistic creativity.”

Will Pussy Cat ever appear on Drag Race UK? Probably not, according to Scaredy. When we asked if her partner applied for the show too, she admitted: “No, she didn’t. I don’t think she’d fair very well, doesn’t like that kind of thing, she’d freak out!”

Like her fellow contestants, Scaredy could not express enough how much the British spin-off differs to the American original, calling it “a lot rougher in general” with “characters that have never been seen before”. Can October hurry up or?

Read our exclusive interviews with all ten fierce queens on the British spin-off here.