YAS! Sarah Michelle Gellar took her 5-year-old son to get his nails painted 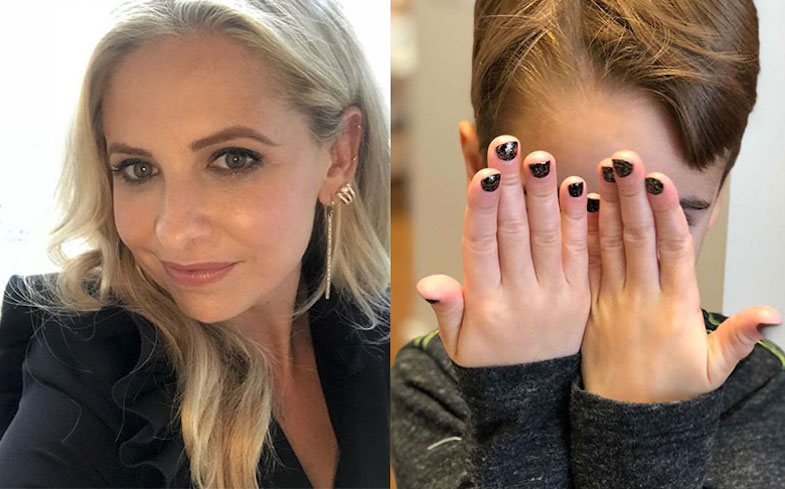 The Buffy legend is once again slaying stereotypical gender norms.

Sarah Michelle Gellar has proven she doesn’t give a damn about gender stereotypes with her latest Instagram post, which shows her at the salon getting matching sparkly black nail polish with her 5-year-old son Rocky.

The Buffy the Vampire Slayer icon/legend proudly shared the results on her social media, captioning the adorable photo, “we match!”

Take a look below. This isn’t the first time the 40-year-old actress slayed gender norms. Her most iconic character – Buffy Summers, obviously – subverted expectations of a female in the horror genre for seven years, showing audiences that women can kick as much butt as men.

Gay Times took a look at the impact Buffy has had on the LGBT+ community in our April 2017 issue, which you can purchase here.

Related: Buffy says who she’d shag, marry and kill out of Angel, Spike and Xander.