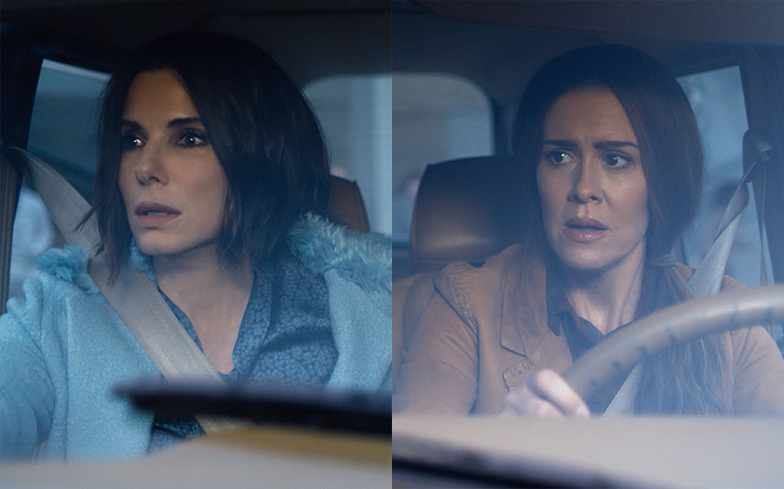 The first trailer for Sandra Bullock and Sarah Paulson’s upcoming film has arrived.

Bird Box, a post-apocalyptic horror, sees the American actresses reunite after starring together in this year’s Oceans 8, and we are living for their chemistry. More of this content please!

In the highly-anticipated Netflix original, they play sisters on the run from unidentified creatures who have corrupted society into seeing their darkest fears. In order to escape them, they have to hike/swim their way out of it… with blindfolds on. Erm.

Director Susanne Bier told PEOPLE magazine: “They are a bit like sisters. Like between takes, they were talking one time and I was like, ‘Hey girls, I’m actually trying to direct you!’

“It was hugely important that there be a sense of humor in it, that it wasn’t gonna be a just entirely dark, scary film.”

She added: “You had a very strong feeling of something beyond the friendly relationship between actresses. There is a real strong connection between the two of them and they had a lot of fun.

“And I think that’s exactly what you see in the movie, there’s a very direct understanding of one another.”