Rupert Everett is unrecognisable as Oscar Wilde in upcoming biopic 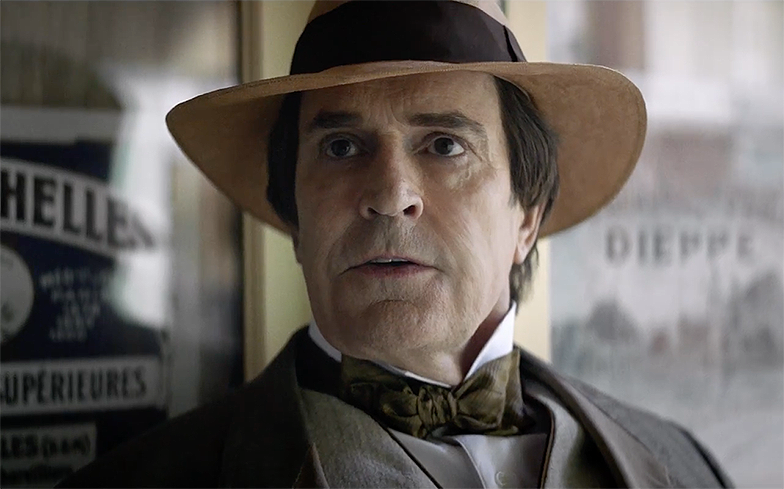 The Happy Prince will be released in UK cinemas on 15 June 2018.

British actor Rupert Everett is unrecognisable as poet/playwright Oscar Wilde in the brand new trailer for The Happy Prince.

The 58-year-old not only stars in the lead role, but has directed and written the biographical drama, which focuses on Wilde’s final years.

A synopsis reads: “The film opens in Paris, where Wilde, by now in his forties, penniless and in poor health, is still reeling after being imprisoned in England for his love affair with Lord Alfred ‘Bosie’ Douglas (Colin Morgan).

“Out of prison but a pariah, Wilde swings between grief and a determination to wrest whatever pleasure and beauty he can from the time he has left. His body ailing and heavy, his mind spinning, he survives by falling back on the flamboyant irony and brilliant wit that defined him.

“Everett’s Wilde is tortured but determined to remain true to himself. His thoughts are filled with love and betrayal and permeated with those closest to him: Bosie, his literary agent Robbie Ross (Edwin Thomas), his great friend Reggie Turner (Colin Firth) and his estranged wife Constance (Emily Watson).

“As the film travels through Wilde’s final act, and journeys from England to France and Italy, desire and loyalty face off, the transience of lust is laid bare, and the true riches of love are revealed.”

The Happy Prince will be released in UK cinemas on 15 June 2018.