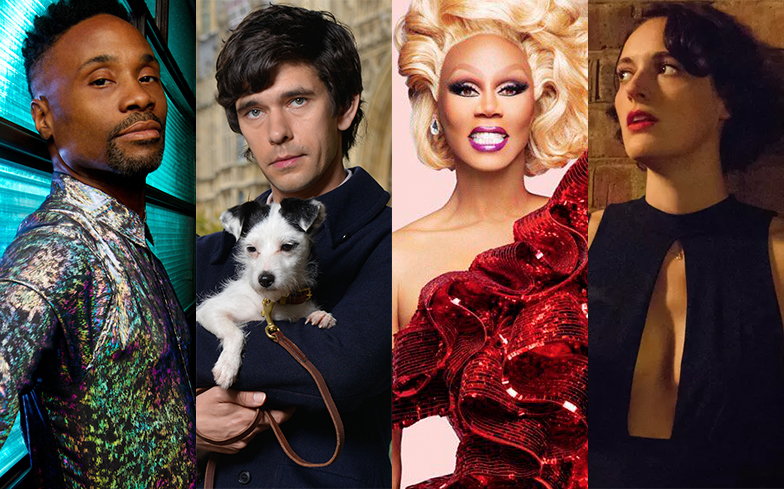 Queer stories won big at the Emmy Awards this year.

Fleabag was the big winner of the night, taking home Outstanding Comedy Series and Lead Actress in a Comedy Series for star and creator Phoebe Waller-Bridge.

Related: The lead character on Fleabag just came out as bisexual

“We, as artists, are the people that get to change the molecular structure of the hearts and minds of the people who live on this planet. Please don’t ever stop doing that,” Billy said. “Please don’t every stop telling the truth.”

During his acceptance speech, RuPaul shared an important message: “Thank you for voting for us, we love you for that – and speaking of voting and love, go and register to vote, go to vote.gov and register.”

Elsewhere, out actor Ben Whishaw was handed the Supporting Actor in a Limited Series or Movie award for his role in British drama A Very English Scandal.

The three-part series told the real-life story of politician Jeremy Thorpe, who was embroiled in a secret gay love affair during the height of his career in the late 1960s, only to then go to extreme lengths to make sure the truth didn’t come out.