RuPaul explains why he ‘doesn’t get’ Spider-Man: “I think because I’m gay” 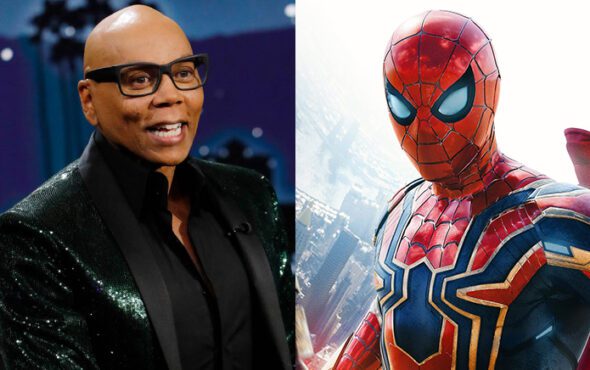 In an appearance on Jimmy Kimmel Live this December, RuPaul explained why he doesn’t get people’s enjoyment of Spider-Man.

As RuPaul discussed how much he enjoyed hosting Jimmy Kimmel Live twice during the summer, Jimmy Kimmel said that his staff all adored having the Drag Race host around.

He even added that he took some of the team out to see Spider-Man: No Way Home “just to try to win them back.”

Jimmy then asks RuPaul why, to which the latter said: “You know, I think because I’m gay. I think that’s probably it.”

This is questioned by Jimmy, who asks RuPaul why he gets Superman but not Spiderman.

“Well, Superman is really the story of Christ,” RuPaul explained. “It’s the story of an ascendant master. It is the story of the hero with a thousand faces. You’ve heard Joseph Campbell, the philosopher, talk about this. Superman represents the hidden specialness, uniqueness, that each of us has.”

RuPaul then asked the talk show host what the “hidden meaning” behind Spider-Man is that makes the character so appealing to audiences.

“Can I tell you, for real? Here’s what it is,” Jimmy told the star. “Spider-Man’s a kid and so when you’re a kid reading comic books, all the other guys are men. Even Spider-Man is not a man, he’s a little boy, he’s a young kid – so it makes you feel like you could be a superhero too. And, he’s funny which none of the other superheroes were before him. He seems real, whereas Clark Kent’s wearing the glasses and no one recognises him? It’s like, even as a child, you go: ‘Nonsense!’.”

Rounding out their discussion about fictional heroes, RuPaul and Jimmy both agreed that Clark is “hooooooooot!”

During the 61-year-old’s time hosting Jimmy Kimmel Live, RuPaul gave his “rules for the unruly” in a monologue on 25 August.

He offered up some suggestions to the Federal Aviation Administration’s (FAA), who previously discouraged bad behaviour on aircrafts with the slogan: “Unruly behaviour doesn’t fly.”

According to the FAA, there have been almost 4,000 cases of unruly passengers on flights this year alone – with 3,000 of these refusing to wear masks as is required.

RuPaul criticised those who drink too much alcohol when flying, explaining that people “shouldn’t have more drinks than there are flight attendants”.

He went on to complain about those that do not “keep their emotional baggage” to themselves, suggesting that they focus more on putting their actual luggage in the correct place.

“People need to be told,” he said of anti-maskers refusing to follow basic aircrafts.

“If you don’t own the plane, you don’t make the rules.

“That’s right. So, put your mask on, watch the Boss Baby and shut the fuck up, bitch!”