RuPaul comforts Plastique over heartbreaking past in latest Drag Race 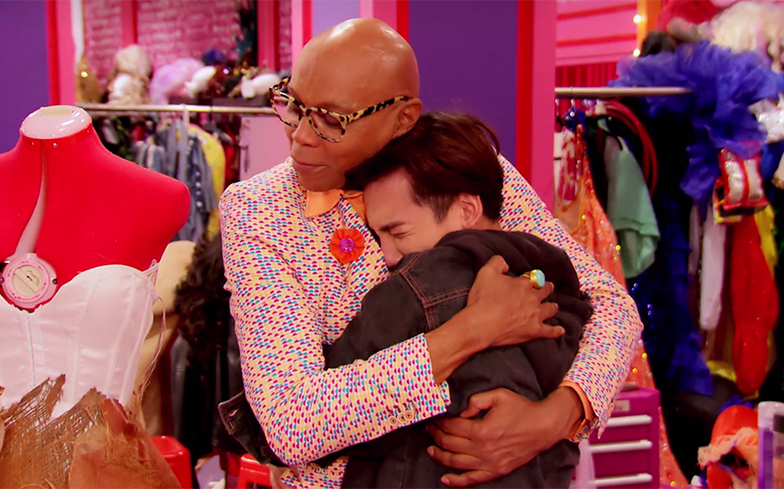 “This is your new home. I’m your new mommy.”

Plastique Tiara revealed details of her heartbreaking past in the latest episode of Drag Race.

As the Vietnamese performer prepared for this week’s maxi-challenge – to create a high fashion look made from organic materials – she was approached by Mama Ru and questioned on her lack of personality on the main stage.

“Is there something you don’t want us to see?” said Ru, to which Plastique responded: “Coming here, I had an idea of what America’s Next Drag Superstar should be, a polished individual who is always [poses] like that.

“Growing up, it wasn’t okay in my family to say what I wanna say or do what I wanna do, because whoever I am, was not okay.”

Plastique revealed that her relatives were not aware of her participation in the series, but know she performs in drag. “They do, but it’s not something that we talk about in my family. In the past, when I tried to be myself, it didn’t end up so well.

“I have seen a lot of unhappiness in my family, resulting of me trying to come out of my shell and showing them who I am. So all I’ve known is to hide it away. What they can’t see can’t hurt them.”

RuPaul then praised the star as she broke down in tears and embraced her in his arms. “This is your new home,” she said. “I’m your new mommy. I want to see it on that runway.”

In preparation for this week’s maxi-challenge, the queens then received a runway lesson from Drag Race season five and All Stars 2 icon, Alyssa Edwards, who happens to be Plastique’s drag mother.

Shortly after, they sashayed down the runway in their finest organic couture, which led to Plastique’s first win of the series. Ra’jah O’Hara and A’Keria C. Davenport – who was just fresh off a win – lip synced for their lives. Watch below.

All seven episodes of RuPaul’s Drag Race season 11 – and Untucked! – are available to stream now on Netflix UK.