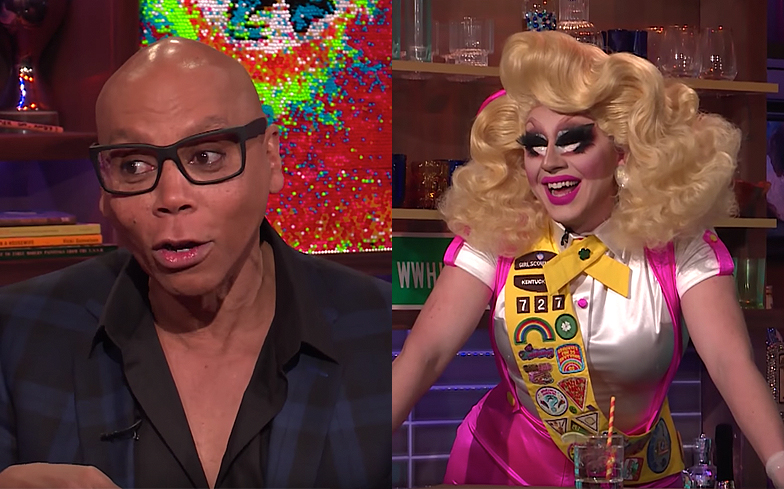 It’s not even been a week since the Drag Race All Stars 3 finale, but we still can’t get over the shock twist that played out.

If you haven’t yet watched the episode, do not continue. You have been warned.

As the final four queens in All Stars 3 delivered a truly iconic performance of RuPaul’s Kitty Girl, remixed with their own verses, they came face-to-face with the eliminated contestants who, in a massive twist, would decide who the Top 2 All Stars would be.

Despite having had the most wins during the competition, as well as being a fan-favourite, Shangela failed to get enough votes from her fellow queens to make it through.

It was a shock, and immediately caused outrage on social media.

Trixie Mattel eventually won her lip sync against Kennedy Davenport to earn a coveted spot in the Drag Race Hall of Fame.

The reigning All Star and RuPaul stopped by Watch What Happens Live earlier this week, where a fan called in to question them on the last-minute voting twist and why it had to happen.

“Because we’re hooty. We’re crazy. We just want to do crazy things,” Ru said, while Trixie listened on in the background.

Andy Cohen then challenged Ru on if he was happy with the Top 2, saying that people on his staff were annoyed Shangela didn’t make it through.

But then the host asked if the eliminated queens didn’t choose based on talent, but rather on who they personally liked.

“Child, I can’t get into their heads,” Ru replied. “They do what they want to do. If you are on the show, you are a winner.

With a role playing Lady Gaga’s drag mother in the upcoming A Star Is Born remake, we’re certain Shangie is making much much more.