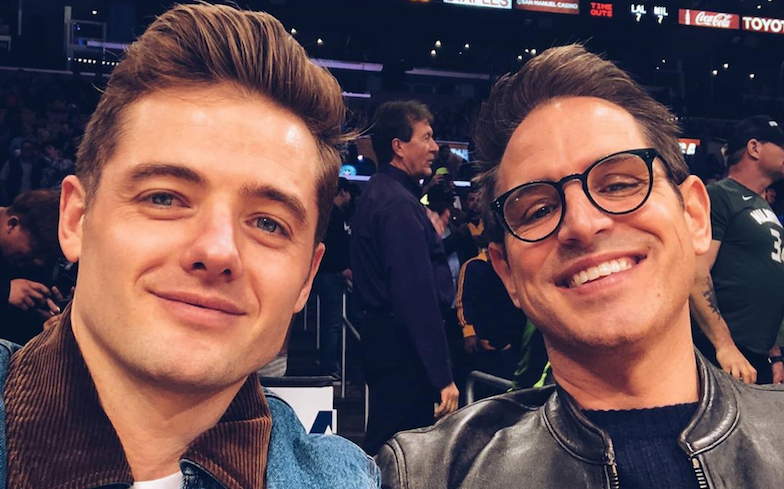 “Our hearts and our family have grown even larger.”

Robbie Rogers and Greg Berlanti have announced the birth of their second child.

The former footballer for LA Galaxy and Greg, director of Love, Simon, married back in December 2017 and already have a son together called Caleb.

Yesterday, they both announced the arrival of the newest addition to their family, Mia.

“Welcome to the world Mia Barbara Rogers-Berlanti,” wrote Greg on Instagram. “Our hearts and our family have grown even larger. @robbierogers has already mastered two child multitasking, big brother Caleb is being just sweet enough & I’m as thankful and in awe as ever.

“The “Barbara” is for my amazing Mom, who though she’s not here to share in this moment, will be watching over her granddaughter Mia forever— and laughing as Robbie and I figure out the parenting skills she mastered so perfectly.”

Robbie also shared an adorable photo alongside the caption: “Mia Barbara Rogers-Berlanti born a day after my birthday on May 13th, 2019 she’s already absolutely obsessed with Dadda G and her brother.

“Caleb tolerates her – I couldn’t have dreamt up a more perfect way to celebrate my birthday.”

Take a look at both of their posts below.

Last year, it was announced that Greg will direct and produce a film based on closeted Hollywood heartthrob, Rock Hudson.

Deadline reported that Universal Pictures have attained the rights for Mark Griffin’s upcoming book, All That Heaven Allows: A Biography of Rock Hudson, which the film will be based on.

Hudson was known for being a leading man in the 50s and 60s.

He appeared in over 70 films and was nominated for an Academy Award for his role in the epic western drama Giant (1956).

Hudson was discreet about his private life, but it was a known fact that he was gay. In 1985, he died following AIDS-related complications, becoming the first major star to die from an AIDS-related illness.

His final role was as Daniel Reece in the American primetime soap opera Dynasty.

As well as Love, Simon, Greg is known for his work on television shows such as Dawson’s Creek, Brothers & Sisters, Everwood, Political Animals, Riverdale, Chilling Adventures of Sabrina and You.